PUN vs GKFC Dream11: Minerva Punjab will host Gokulam Kerala FC in 2020 I League match on Monday. The match between sides will take place at Guru Nanak Stadium.

Minerva Punjab will host Gokulam Kerala FC in the 2020 I-League match on Monday. The match between these two teams will take place at Guru Nanak Stadium at 2:00 PM IST. You can play the PUN vs GKFC match on the fantasy gaming app – Dream11. Here are the PUN vs GKFC Dream11 prediction and squad details.

Minerva Punjab are currently third on the points table. They have played 8 matches so far in which they have won 2, lost 5 and drawn 1, collecting 11 points in the process. They played their previous game against top-ranked Mohan Bagan and went onto draw the match 1-1. Aser Pierrick Dipanda Dicka is their leading goal scorer with 3 goals in the tournament so far.

Meanwhile, Gokulam Kerala FC is currently ranked 5th on the points table. In their 6 matches, they have won 3, lost 1 and drawn 2 matches, collecting 10 points in the process. Gokulam's previous match was against East Bengal, which they comfortably won 3-1. Marcus Leric Jr Joseph is their leading goal scorer in the tournament with 4 goals. 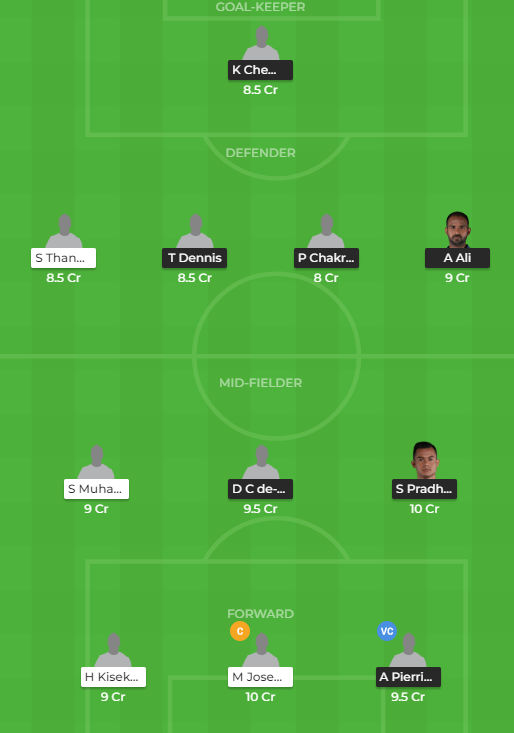 Minerva Punjab are favourites to win the match.