This will be Martin Odegaard's second stint at Arsenal after the Norwegian spent the latter half of last season on loan at Arsenal, whilst making 20 appearances 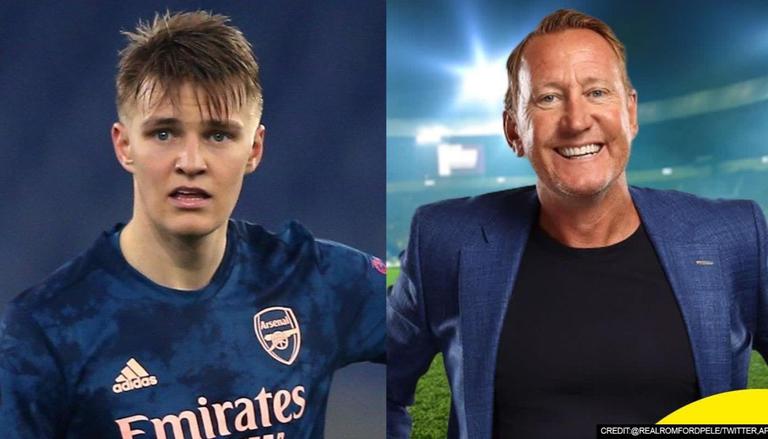 “What he’s got to improve on is goals. He played 14 league games last season and scored one goal, so his numbers have got to be a little bit better when you play in that position,” Parlour was quoted speaking to talkSPORT.

This will be Martin Odegaard's second stint at Arsenal after the Norwegian spent the latter half of last season on loan at the Emirates, playing 20 games and scoring twice.

"He was a wonder kid when he went to Real Madrid and probably potentially he hasn’t got to where he should be". Ray Parlour added.

Odegaard will wear the No. 8 jersey for Arsenal this season, with the number lying vacant ever since Dani Ceballos departed the club at the end of last season. The jersey was also previously donned by current Arsenal head coach Mikel Arteta. Last season, the midfielder wore jersey number 11. The Norwegian playmaker will join the team's training but will however be unavailable for Arsenal's match against Chelsea this weekend.

READ | Koeman lifts the lid on Pjanic and Umtiti's Barcelona future; heaps the praise on Coutinho

The arrival of Odegaard is expected to solve a huge headache for Arteta as Arsenal struggled for creativity against Brentford on the opening day of the Premier League season.

Speaking on the TalkSPORT podcast, Ray Parlour lauded Jesse Lingard's performance during his loan spell at West Ham last season and called it ‘superb’. He said that Lingard could add depth in quality and be 'the main man'. As per reports, Jesse Lingard is looking for assured game time and should Ole Gunnar Solskjaer not guarantee him that, he will look to leave Manchester United before the transfer window closes.

The winger was impressive in pre-season, scoring against QPR and putting up a great performance against Derby County. The English star continued his good show by scoring in a behind-closed-doors friendly match against Burnley earlier this week. West Ham are closely monitoring Lingard's situation and should any opportunity come up, the club would be more than interested in securing the 28-year-old star.