ROSB vs MOL Dream11: The top two teams in the Eliteserien will face off in Matchday 4 of the competition at the Lerkendal Stadion on Monday. 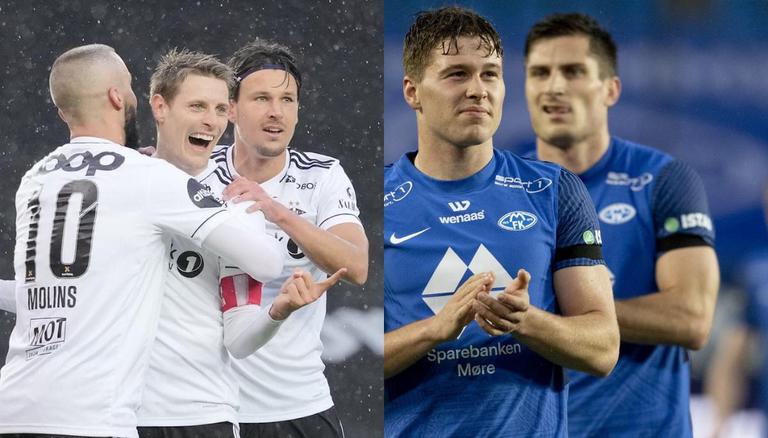 Rosenborg FK (ROSB) will take on Molde FC (MOL) in matchday four of the Eliteserien, the Norweigan League. The game will be played at Lerkendal Stadion and will kick off at 11:30 PM IST on Monday, May 24. With just hours left for kickoff, here's a look at the ROSB vs MOL Dream11 prediction, team, top picks and our preview for the game.

Rosenborg and Molde are the two best teams in the Norwegian League and will face off in Matchday 4 on Monday. The former are atop the league standings and are unbeaten in four matches played so far, winning two and drawing two of those. The hosts clinched a dramatic 3-2 win last time out over Brann, with Kristoffer Zachariassen scoring all three goals including a stoppage-time winner to clinch three points.

Molde, meanwhile, are a point behind with a game in hand, clinching 7 points in three games. Molde also come into the clash on the back of a resounding win over Brann, sealing a 4-0 result with Ohi Omoijuanfo scoring a hattrick while Fredrik Aursnes scored the fourth. Despite Rosenborg's home advantage, Molde will be favourites for the tie and are expected to clinch a favourable result on Monday.

Molde have a full squad available at their disposal with no players out with either injury or suspension. Kristoffer Zachariassen however has the risk of a suspension having accumulated three yellow cards in four games so far for Rosenborg. Nonetheless, both teams will be coming into the clash with full-strength squads in what promises to be an exciting clash.

We predict that Molde will register a thumping 3-0 win away from home against Rosenborg FK on Monday night.