Is Ruben Dias dating? Here is the information about Ruben Dias girlfriend as the Portuguese international prepares for his first Euro 2020 game. 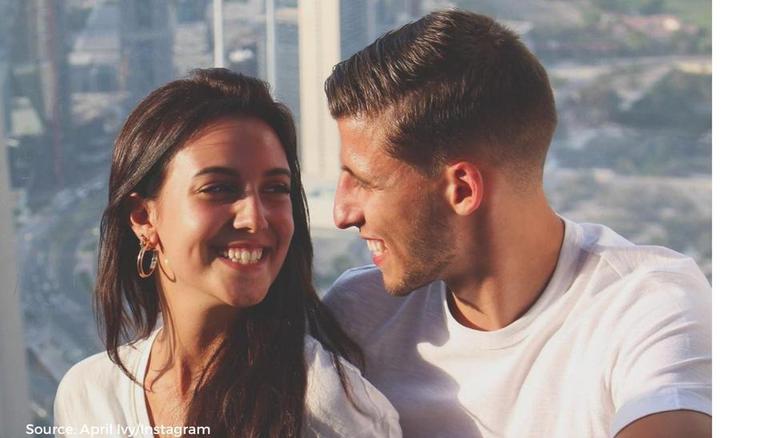 Ruben Dias and his girlfriend

Ruben Dias is currently dating pop star April Ivy, who was born as Mariana Goncalves to Portuguese parents. The pop star changed her name for the stage since she usually sings in English, and as a result, she realised that a Portuguese name would not suit her. April became a star as a teenager and her single 'Be Ok' climbed to the number one spot in Portugal's iTunes chart in 2016.

April Ivy and Ruben Dias have been dating each other for two years and it is believed that the pair have been inseparable ever since. Even though April is only 21 years old, she has achieved equivalent success in her music career that her boyfriend has earned in football. Apart from being a singer, April also loves to play the guitar and has been practising the instrument since she was nine years old. The pair kept their relationship under wraps initially. The first time April revealed anything about Ruben was when she posted an image on her social media in June 2019. Meanwhile, the exact details of how did Ruben Dias meet April Ivy are yet unknown.

Since the day April Ivy began dating Ruben Dias, she has been a consistent pillar of support for the Manchester City centre half. April has been spotted for Ruben's games a number of times, cheering in the stands. Moreover, the pop singer has also uploaded a number of pictures with her boyfriend on her official Instagram account. Some of the pair's pictures can be seen on the handle of April Ivy Instagram.

As one can see, April Ivy makes sure to celebrate each of Ruben Dias' achievements, suggesting how madly in love she is with Ruben. April was happy to know that Manchester City won the Premier League title this year but was even more delighted when she received the news that her boyfriend was considered one of the best players in the league. Moreover, the duo does not hesitate to showcase their love on Instagram either as they can be seen celebrating Valentine's Day in one of the posts. In another post, Ruben can also be seen playing the guitar for April.