Know how much money will Sadio Mane earn at German club Bayern Munich, following his transfer from Premier League giants Liverpool, this week. 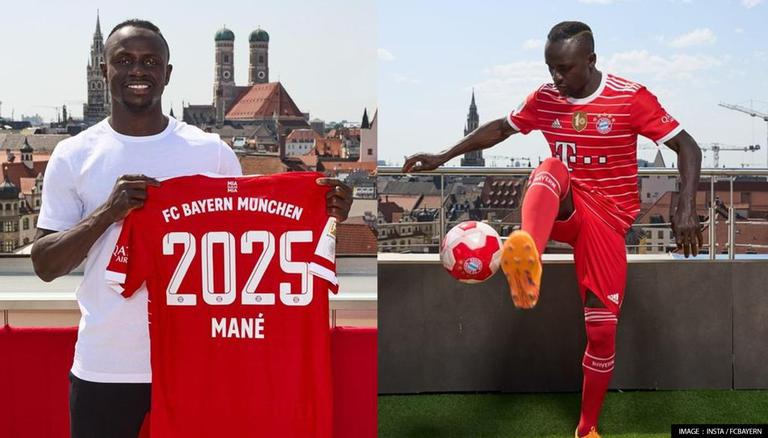 
Bundesliga champions Bayern Munich announced the high-profile arrival of Senegalese football superstar Sadio Mane into their team on Wednesday and put rest to the speculations that have been going on for months now. As per The Associated Press, the ex-Liverpool forward moved to Bayern Munich after a USD 33.5 million transfer, which was finalised on Wednesday. The 30-year-old ended his six years tenure at Liverpool and signed a three-year contract with Bayern, which will make him stay at the club till the June of 2025.

How much money will Sadio Mane earn at Bayern Munich?

As reported by The Mirror, Mane received a staggering pay package on joining Bayern, and will receive around USD 440,000 per week, during his three years stay in Bundesliga. The club will pay a guaranteed USD 33.7 million to the player, alongside a further USD 9.2m in bonuses. Mane reportedly earned USD 122,000 every week during his stay at Anfield, and was seeking a raise to USD 489,000 during negotiations before opting to leave Liverpool.

A look at Sadio Mane's celebratory stint at Liverpool

It is pertinent to mention that Mane moves to Bayern on the back of arguably the best season of his career. He won the African Cup of Nations with the Senegal national team and also helped them qualify for the FIFA World Cup 2022, Qatar. At the same time, he had a stellar season for his former club Liverpool, as they missed out on an unprecedented quadruple of major trophies.

The 30-year-old won every major honour during his time with Liverpool, starting with the UEFA Champions League and Club World Cup in 2019, the Premier League title in 2020 and both the FA Cup and League Cup in 2022. During the 2021-22 season, Mane scored a total of 23 goals for the team, playing a total of 51 games across competitions.

READ | Robert Lewandowski opens up on decision to leave Bayern; 'They didn’t want to listen'

Liverpool missed out on the chance of picking the Premier League trophy this year, as Manchester City finished above them in the points table. On the other hand, Real Madrid picked up their historic 14th Champions League title by picking up a 1-0 win over Liverpool. However, they have already signed Uruguay striker Darwin Núñe as Mane’s replacement.

Will Robert Lewandowski and Sadio Mane play together for Bayern?

However, Mane’s arrival at Bayern has fueled speculations about the Polish great Robert Lewandowski leaving the club. Lewandowski has scored a total of 312 goals in 384 games for Bayern Munich and ex-club Borussia Dortmund in the Bundesliga, and is being linked with a transfer to Barcelona. The polish became Bundesliga’s leading goal scorer for the fifth straight time by striking a total of 35 goals in 34 games during the 2021-22 season.