SAFF Championship, India Vs Sri Lanka Live Streaming: When And Where To Watch

Know how to watch the live streaming of India vs Sri Lanka, SAFF Championship match from the Maldives. The match starts at 4:30 PM IST on October 7. 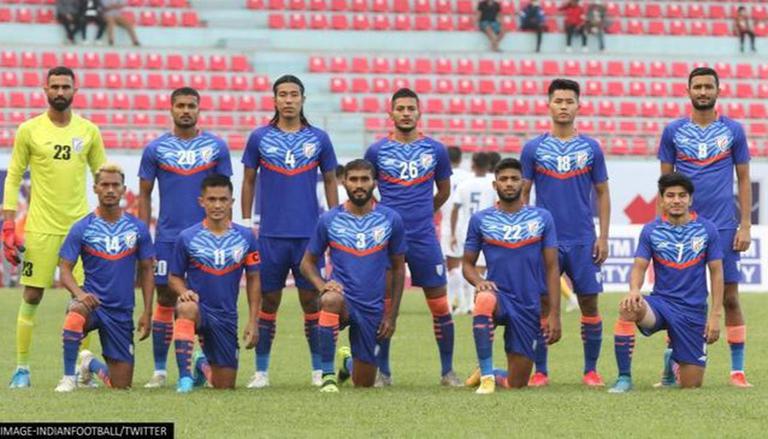 
India is all set to face Sri Lanka in their second match of the SAFF Championship 2021 on October 7, at the Male’s National Stadium in the Maldives. The Indian Football team walks out to pitch on Thursday, having suffered a disappointing 1-1 draw to Bangladesh in their campaign opener. At the same time, Sri Lanka heads into the match with two losses to their name.

The #BlueTigers 🐯 🇮🇳 will be at it again in the #SAFFChampionship2021 🏆, as they take on Sri Lanka 🇱🇰 today 🤩

How to watch SAFF Championship, India vs Sri Lanka live in India

Indian football fans who want to see their side playing against Sri Lanka, can tune in to the Eurosport and Eurosport HD channels on their television. At the same time, the live streaming of the match will also be available for the football fanatics on the Discovery + app on their mobile phones. The match will begin at 4:30 PM IST on Thursday.

During India’s campaign opener against Bangladesh on October 4, the most successful team of the tournament, India suffered a much-criticised 1-1 draw against the weaker 10-man Bangladesh side. Meanwhile, Sri Lanka lost their first match to Bangladesh 0-1 in the opening match of the tournament. They suffered their second defeat at the hands of Nepal, by losing the match 2-3 on October 4 and will look to perform well against the seven times SAFF Championship winner India.

Let's take a look at the head-to-head record between 🇮🇳 & 🇱🇰, as we head closer to the game today 🙌