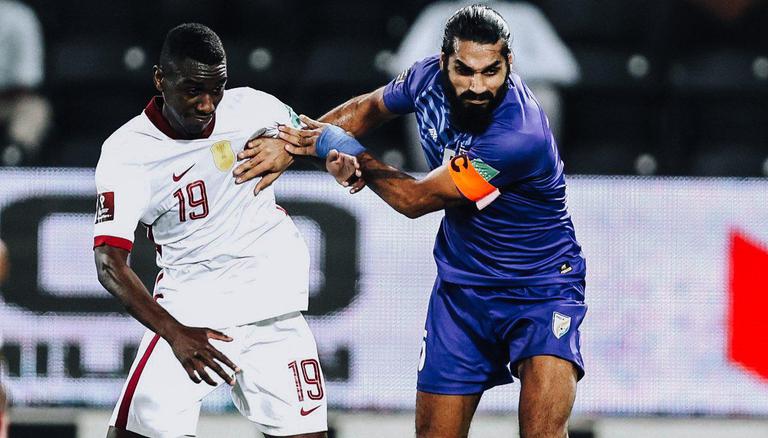 Both players were voted by the club coaches. It is the first time that the towering central defender has received the Player of the year award, having won the Emerging Footballer of the Year in 2014.

He shared his joy at receiving the honour saying, "Being voted by club coaches of ISL and the I-League as the AIFF Men's Footballer of the Year 2020-21 is a huge honour for me. I take this award as a motivation to do better, and inspire others to follow their passion for the sport."

"A big thank you to AIFF, my family, my teammates, support staff and all my caches both at the club level and at the national level for keeping their belief in me. And a big hug to all those teachers and well-wishers who have stood by me all throughout. This award comes with a huge responsibility - not to let anyone down," Jhingan said.

Jhingan made his senior national team debut in 2015 in Guwahati and has since gone on to make 40 appearances for the Blue Tigers, scoring four goals. He was part of the Indian side that lifted the Intercontinental Cup in 2018 and played out a memorable draw at the home of the Asian champions Qatar in 2019. He received the Arjuna Award in 2020 for his outstanding achievement in sports.

Emerging Player of the year

The 20-year-old Suresh, who made his Blue Tigers debut earlier this year against Oman, was part of the Indian side that competed at the FIFA U-17 World Cup in 2017.

A former AIFF Academy cadet, Suresh had spent two seasons with AIFF's developmental side Indian Arrows in the I-League. Known for his stamina and box-to-box play, the midfielder has notched up five senior national team caps and started all three of India's games at the FIFA World Cup Qualifiers in Doha in June.

"It's an honour for me to receive the AIFF Men's Emerging Footballer of the Year 2020-21 Award. I am extremely glad and thankful. This award will improve my self-belief and will motivate me to achieve further success in the future," said Suresh.

"Heartiest congratulations to the Awardees. I hope they will continue moving forward from strength to strength in the future and continue to inspire with their performances and achievements," AIFF President Praful Patel said.