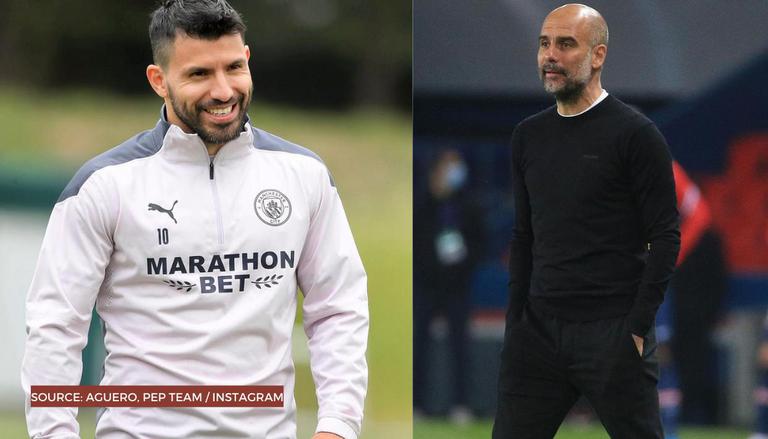 What did Sergio Aguero's father say about Pep Guardiola?

After recording a massive 5-0 win over Everton on the last day of the Premier League, Man City boss Pep Guardiola paid a heartfelt tribute to Sergio Aguero. The Argentine international left the Cityzens as the club's record top scorer and will be remembered as one of the most prolific Manchester City players in the club's history.

Speaking to Sky Sports in a post-match interview, an emotional Guardiola was quoted saying how Aguero was a special person for everyone at Man City and that they can’t replace him. However, Sergio Aguero father Leonel Del Castillo has accused Pep Guardiola of faking tears, insisting how the former FC Barcelona and Bayern Munich head coach "never wanted" Aguero since the start of his stint at Man City.

Leonel Del Castillo was been quoted by A Radio La Red, via TYC Sports, revealing how he does not believe in Pep's tears adding how Pep never wanted Kun and always wanted to be the main man in the team. Leonel, who is also Aguero's agent, claimed that he does not believe in Guardiola as the Spanish tactician never wanted to win the CL trophy and just wanted to be the protagonist in all the teams.

Aguero's father added that there are things about Guardiola that make him a great coach but from one day to the next the players change and the player never knows if he is a starter or not. He also mentioned how Pep said that Aguero is irreplaceable but did not even have a place for the striker in the matchday squad.

El Castillo also revealed how the veteran striker was in contact with three Premier League teams over a possible move before deciding to join FC Barcelona in the summer. Leonel shared that three London clubs - Chelsea, Tottenham Hotspur and Arsenal -  had been in touch with him and were interested in acquiring the players' services. Earlier last week, Sergio Aguero's brother Mauricio Del Castillo also spoke on similar lines with the footballer's brother claiming that Pep 'never wanted' Aguero in a tweet before deleting it citing: "Many toxic people, too many."

READ | Barcelona set to continue with Ronald Koeman next season with a slight change in contract
First Published: 3rd June, 2021 17:45 IST
SUBSCRIBE TO US