South Africa vs Uganda prediction, team news, h2h record and the live stream details as the two teams face each other in an international friendly. 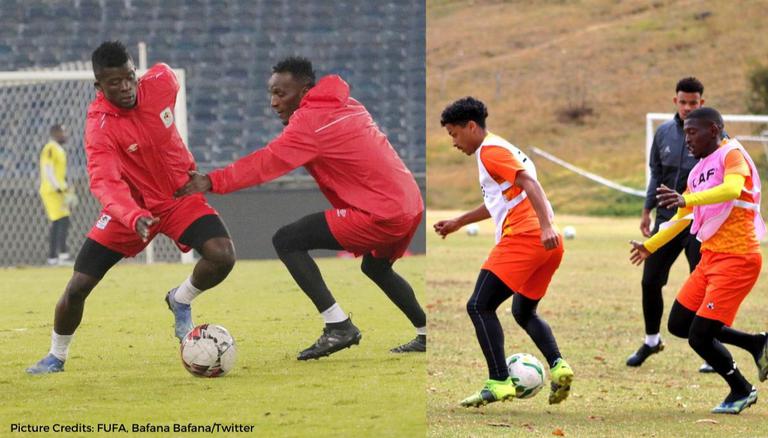 South Africa have not had a great recent run of form. They have only won 2 out of their last 5 games. Their last match against Sudan ended in a 2-0 loss and they will be hoping to bounce back in the game against Uganda. The Bafana Bafana will be hoping to prepare well for the difficult run of games later this year and will be playing this game as a preparation for that important fixtures. The South Africans have a lot of Covid cases in the camp and will be playing with a fairly young team against Uganda. After the disappointment of the AFCON qualifiers, South Africa will be looking for a big response and the game against Uganda serves as a perfect opportunity for them.

READ | Euro 2020 injury update: Players ruled out and doubtful for the European Championship

Uganda have had a dismal run in the past few games, they remain winless in their last 6 games. The team last won an international game in November against Sudan. The Cranes will be looking to find some sort of motivation with a win over South Africa. They have a young squad and will be hoping that players like Allan Okello shine in this game. The team has 4 players from the Afcon Under 23 final team that lost against Ghana. With so many new players and with the Covid complications in the South African unit it looks like the Cranes have a very good chance of making the most out of it and getting their first victory in 7 games.

Done with the final drills at the Orlando Stadium as we prepare for @BafanaBafana . #RSAUGA pic.twitter.com/XUtSRLfF6L

South Africa face 6 Covid related complications and that has forced them to get in young players into the squad. Uganda will play without their star player Percy Tau, the Brighton & Hove forward is one of the six players out due to Covid. Uganda have no significant injury problems and will be going into the game with their full squad.

The two teams have met 5 times before this encounter and South Africa have managed to win 3 times over the Cranes. The Bafana Bafana have only lost once to Uganda in this fixture. The last time the two teams faced, the game ended in a 1-1 draw.

The Cranes have a young side but the South Africans have the better momentum coming into the game. Considering that, we predict a 1-0 win for South Africa in this match against Uganda

The match will be available on SABC 3. There will be no streaming of this match in India. All scores and live updates will be given by the teams on their official social media handles