Will Spain pull out of Euro 2020 because of the rising Covid-19 cases in the Spain football team? Here is the latest update on the Spain Covid cases. 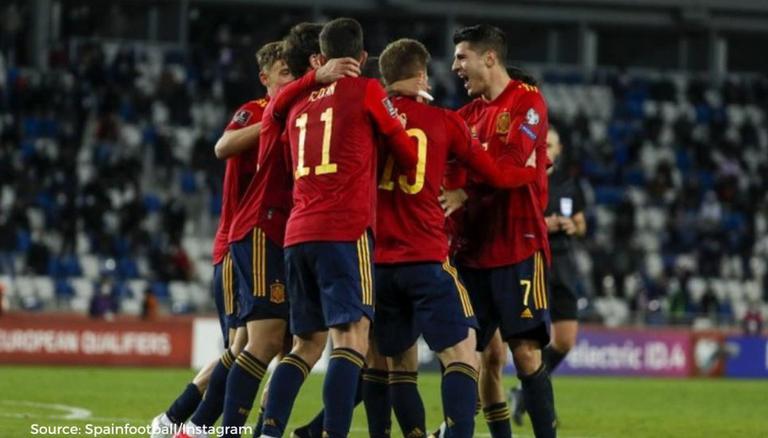 
The Spain football team's participation in the upcoming Euro 2020 tournament is in greater doubt after another played tested positive for Covid-19. In an attempt to boost the players' preparation for the European Championship, the Spanish Health Ministry is set to give Covid-19 vaccinations to the national football team. Here is a look at who has Covid in Spain squad and will Spain pull out of Euro 2020.

Will Spain pull out of Euro 2020? Who has Covid in Spain squad?

The Royal Spanish Football Federation (RFEF), the governing body of the Spain football team, revealed the news of the Covid-19 cases in the Spain squad. RFEF announced that Spain's captain Sergio Busquests had tested positive on Sunday, a day after the 0-0 draw with Portugal. As a result, the rest of the squad and coaching staff were required to follow protocol and self-isolate, which meant that Spain's under 21 team stepped up to play the friendly against Lithuania on Tuesday night.

However, La Roja's place in Euro 2020 is in major doubt after the RFEF confirmed that Diego Llorente had also tested positive and was forced to leave the training camp in a medicalised vehicle on Tuesday night. His PCR test was carried out on Tuesday morning and now both he and Busquets must isolate for 10 days, which potentially rules them out of the country's first two group fixtures. Following the positive test of Llorente, a statement was released by the RFEF to give an update on the Spain Covid cases.

Even though all other players of the Spain football team tested negative there are yet worries that there could indeed be more players that test positive in the coming days as a result of coming in contract with Busquets and Llorente. As a result, the Spain football team has created a "parallel bubble" and drafted in Kepa Arrizabalaga, Rodrigo Moreno, Pablo Fornals, Carlos Soler, Brais Mendez and Raul Albiol as potential replacements should any other Spain Covid cases arise. The deadline for Luis Enrique to make any adjustments to his 24-man squad due to COVID or injury is on Saturday, June 12.

Meanwhile, several under 21 players are also set to join the bubble. Spain's sports minister Jose Manuel Rodriguez Uribe confirmed to Cadena Ser that the Spain football team will get a Covid vaccine shot on Wednesday. "We are making an exception because they represent us in a top-level competition, " said the sports minister.