The Spain football team was relieved after Diego Llorente tested negative for Covid-19 for the second time prompting his return to action ahead of Euro 2020. 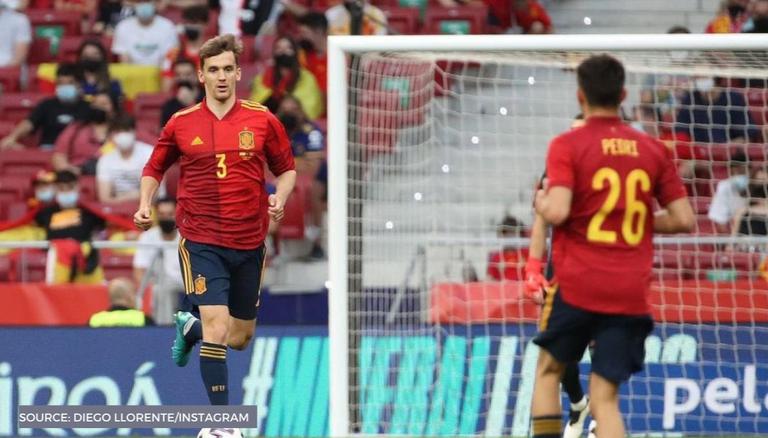 The Spain football team received some good news before the kick start of Euro 2020 with Real Federación Española de Fútbol confirming the decrease in the number of Spain Covid cases across the team. A statement was released Thursday by La Roja revealing how Diego Llorente, who tested positive for Covid-19 last week has returned two negative results and could well be on his way to join the team as early as Friday.

According to reports, the Diego Llorente Covid test which returned positive earlier had 'serious indications' of being a false positive after further counter-analysis was carried out. More analysis on the defender's sample showed no signs of the virus which is great news for Diego Llorente and could see him keep hold of his place in the Spain football team for Euro 2020.

The 27-year-old defender is scheduled to undergo a PCR test on Thursday and Friday ahead of La Roja's first match against Sweden. If the PCR tests display a negative result, Diego Llorente will be able to get out of isolation and join the Spanish national team.

The Leeds United star was the second player to test positive in the Spanish national team with team captain Sergio Busquets being the first case that was detected last Sunday. There has been no Sergio Busquets Covid news or update as of now with the FC Barcelona midfielder currently recovering in isolation after testing positive last week.

READ | When will Premier League fixtures release for 2021-22 season?

After the two positive tests in the team camp, the Spanish FA had created a 'parallel' squad with head coach Luis Enrique calling up as many as 17 players including the likes of Kepa Arrizabalaga, Rodrigo Moreno, Brais Mendez, Pablo Fornals, Carlos Soler and Raul Albiol, keeping them on standby in case of any more positive cases. Just like the main squad, the parallel squad will also undergo regular tests and stay in a bio bubble for the duration of the tournament.

Earlier this week, the Spanish Health Ministry also confirmed that they are set to provide emergency Covid-19 vaccinations to the national football team. The vaccinations are expected to be the ministry's attempt to boost the players' preparation for Euro 2020. On Wednesday. Spain's Sports Minister Jose Manuel Rodriguez Uribe commented on the decision of vaccinating all the players by revealing that they are making an exception because the team will represent Spain at a top-level competition.