Spurs' Son Heung-min Picks 'best Player In The World'; It's Not Messi, Ronaldo Or Benzema 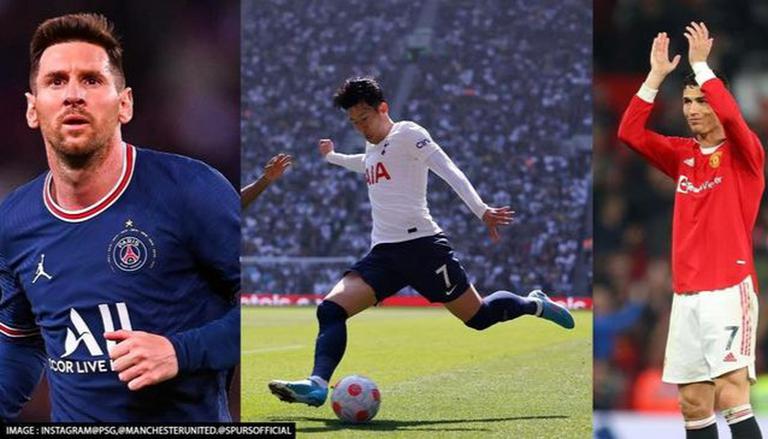 
Cristiano Ronaldo and Lionel Messi's names will undoubtedly go down as two of the best forwards to have played the sport of football. The duo has won every award available at the club level and despite the accolades, Tottenham Hotspur forward Son Heung-min has rated a Brazilian star as the best player in the world over Ronaldo and Messi.

Speaking about South Korea's match against Brazil, Son said, “Brazil has a lot of really good players and I think if our players do their best to show what we have to show in that game, then we can have a good result. Brazil has a lot of world-class players. Our players are very much looking forward to the match itself. And I think the most important thing is to play a good game by putting all our efforts into the match to show our best in front of a lot of fans.”

Despite PSG winning the domestic title, Neymar did not have the best of the season. The Brazilian scored 13 goals and provided 6 assists during the campaign however he failed to come up with good performances during big matches. Messi on the other hand also endured a tough start to his PSG career scoring just six goals but providing 13 assists. Cristiano Ronaldo on the other hand top-scored for Manchester United with 24 goals however he failed to lead the team to any trophy this season. Karim Benzema meanwhile had a great season not only winning the domestic title but also the Champions League.

READ | Tottenham wins, Arsenal and Man U lose in race for CL spot

Speaking of Son Heung-min's performance for Tottenham in this season's Premier League the forward scored 23 goals which saw him win the Premier League’s Golden Boot this campaign and help Spurs clinch a Champions League spot. Overall Son has consistently delivered for Tottenham since joining the Premier League club from Bayer Leverkusen. Overall Son has scored 205 goals (131 goals and 74 assists) from 325 matches, despite trophies continuing to elude him. He hasn't won any silverware with the club yet, with only a pair of runners-up medals in the 2019 Champions League final and the 2021 Carabao Cup final.