Bengaluru FC and Indian international striker Sunil Chhetri took to Twitter to open up about life inside the ISL bio-bubble and the battle each player faces. 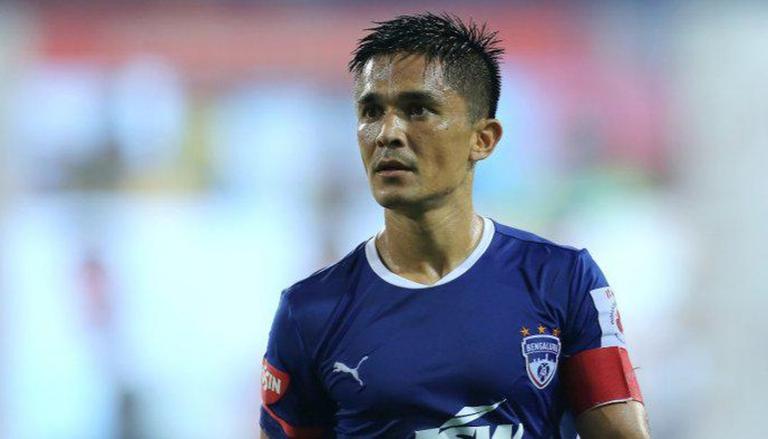 
Bengaluru FC and Indian international striker Sunil Chhetri took to Twitter to open up about life inside the Indian Super League (ISL) bio-bubble. The Indian Super League, since its last edition, has been staged behind closed doors with players living inside bio-bubbles with no interaction with the outside world. The league was successfully able to conduct the last season, but this time around two games have been postponed so far due to a COVID-19 outbreak within camps.

Sunil Chhetri's tweet comes after Bengaluru FC's match against ATK Mohun Bagan was cancelled as the ISL agreed to call off the game after assessing the severity of the COVID-19 outbreak. Sunil Chhetri spoke about how it was difficult for the players to be confined to their rooms instead of waiting for the kick-off and said that it was always going to be tough to be away from family for months. He said that only those in the bubble can understand the frustrating and difficult situation.

"At 3.00 pm on a game day, the gears begin to switch in anticipation of kick-off. Instead, here we are, in our rooms wishing things around could have been better. It’s a difficult season. It was always going to be one. Only if you’re in the bubble, will you know how hard and frustrating this is. You’re away from family for half a year, cooped up in a room, anything outdoors is a luxury, there’s no change in setting to help you shake off a bad result – I could go on. To get through this is not something you can train for. It has nothing to do with skill, talent or experience. This is up there on the list of sacrifices we’re making, to be able to play the game we love. It’s a battle we’re all fighting in our ways," Chhetri said.

Chhetri went on to add that he is always reachable and that if any Indian Super League player from any club wanted to speak to someone, he is here to lend his ears and that players could pick each other up and lift spirits in these tough times.

"Reach out when you need to share, lend an ear to someone who needs to speak. We’re all going through the same thing and I just thought it would be nice if we could pick each other up when we need to. To any ISL player, across clubs, nationalities and experience – I’m up for a chat if you need one. We don’t have to talk football. Drop me a message if you feel like it, and we’ll make it happen. The season, table, wins and losses will take care of themselves when they have to," he concluded.

READ | Juventus vs Udinese Live Stream: How to watch Serie A match in India, US and UK?

At 3.00 pm on a game day, the gears begin to switch in anticipation of kick off. Instead, here we are, in our rooms wishing things around could have been better. It’s a difficult season. It was always going to be one.