Premier League heavyweights Manchester United came up with a shambolic performance on Saturday as Brentford inflicted a humiliating 4-0 defeat upon them. 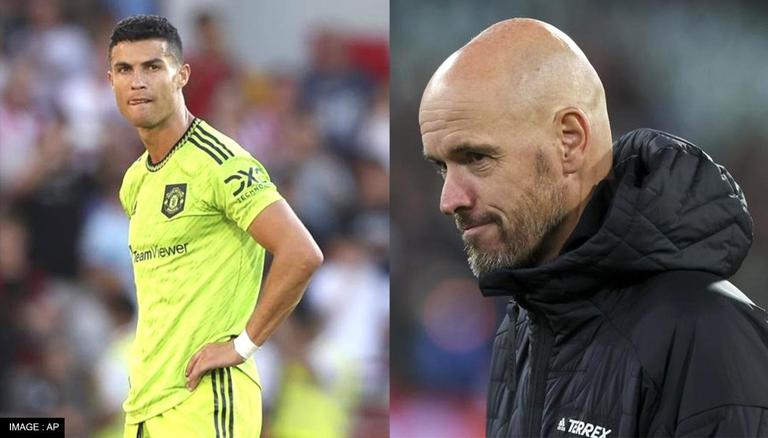 
Premier League giants Manchester United came up with a shambolic performance on Saturday as Brentford inflicted a humiliating 4-0 defeat upon them. While the Red Devils achieved several unwanted records in that game, perhaps the one that will hurt them most is that they conceded all four goals in the first half of the match for the first time in their Premier League history. Following the 4-0 rout by Brentford, Manchester United coach Erik ten Hag attempted to provide an explanation for the embarrassing performance.

While speaking after the 4-0 defeat to Brentford, Manchester United manager Erik ten Hag said, "Brentford were more hungry. We conceded goals from individual mistakes. You can’t have a tactical plan but then put it in the bin."

He then went on to apologise to the travelling fans by adding, "It is difficult for me. It is always a surprise when you start a game like this. After 35 minutes we conceded four goals. This is not possible. The team has to take the responsibility, I feel really sorry for the fans who did everything to support us, we let them down."

While Manchester United goalkeeper David de Gea made a dreadful individual mistake for the first goal, he was also partially at fault for the second goal. The Spaniard attempted to play out from the back by passing a ball to Christen Eriksen, who was being pressed by Mathias Jensen. The Brentford midfielder stole the ball from Eriksen before slotting the ball in the back of the net to double the Bees' lead.

Despite De Gea's supposed mistake for the second goal, Ten Hag defended him and his system by stating, "I’m convinced he can do it. I’ve seen it in training. They [all] can. We saw it in pre‑season." However, he did admit that all the players had to take collective responsibility for the humiliating defeat.

"They are good players and have to take responsibility on the pitch, as a team and as individuals, and that’s what we didn’t do," explained Ten Hag.

"I asked them to play with belief and take responsibility for their performance, and that’s what they didn’t do. It’s only when we stick together and work hard that we will overcome that. You have to take belief onto the pitch for yourself and the team," he said.

READ | Premier League: 5 takeaways as Manchester United slumps to shock loss against Brentford
SUBSCRIBE TO US