The 'Crazy' Transfer Window: How Summer 2021 Has Been Maddest Of Transfer Seasons

Transfer 2021: The 21/22 summer transfer window has been an absolute madness, seeing both Ronaldo and Messi change clubs among many other major moves. 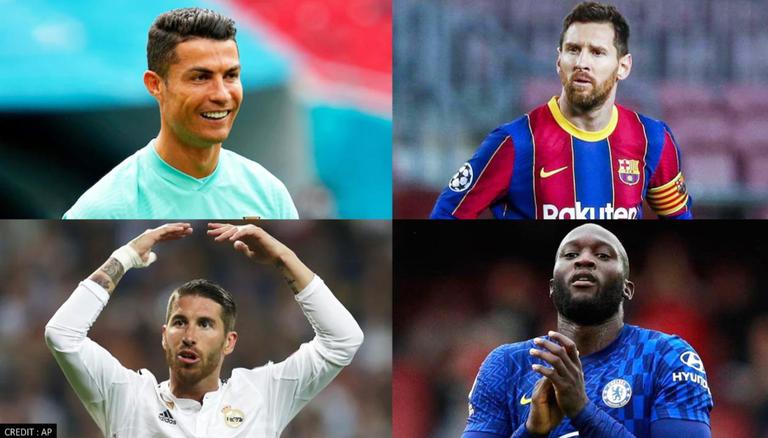 
The 2021/22 summer transfer window has been an absolute madness and can be considered as one of the craziest ever transfer windows. Despite the fact that the COVID-19 pandemic has pushed many teams to cut back on their expenses, the summer transfer window of 2021-22 saw some spectacular as well as shocking transactions, with legendary players leaving their clubs, while promising talents have been moved for extravagant amounts.

Lionel Messi’s exit from Barcelona can be considered as one of the biggest moments in football history. With the Catalans struggling to pay Messi’s wages, they had no option other than to leave him. PSG took this golden opportunity with both hands as they signed the legend on a free transfer, just like they signed Sergio Ramos and Gianluigi Donnarumma. With some of the great names added to their squad, not to forget the signing of Hakimi, PSG is now one of the title contenders for the Champions League.

The transfer window has been the busiest in England as reports suggest that Premier League clubs have spent the most this season on transfers with an estimated value of around £1.1bn. Just when we thought that Messi’s move to PSG would be the biggest news of the season, Christiano Ronaldo’s homecoming to Manchester United made headlines.

Ronaldo was heavily linked with Man City, who failed to sign England captain Harry Kane. However, the Citizens bailed out after some disagreements on transfer terms which made the way for United to rope in the Portuguese forward. Ronaldo’s addition along with the arrivals of Jadon Sancho and Raphael Varane has made the United a deadly side and the favourites to clinch the Premier League as well as the Champions League.

However, we can’t underestimate Chelsea and Manchester City who also have roped in some of the best players around the globe. Chelsea was in attempts to sign the young prodigy Erling Haaland but the move didn’t look possible. However, they acquired the services of Belgian striker Romelu Lukaku, who returned to the club after seven years.

Meanwhile, Man City strengthened their title defence by adding Jack Grealish to their long list of star players alongside the likes of De Bruyne, Foden, Sterling, and many more. With less than a week remaining until the transfer window closes, we can still expect a few more surprising and big moves. Kylian Mbappe’s possible transfer to Real Madrid from PSG could end the window on a high note.

As we mentioned, this has been the craziest ever transfer window in the history of football. The European clubs have until midnight on Tuesday, August 31 to complete their transfer business and build their squad.

WE RECOMMEND
Cristiano Ronaldo clears air on his links to Manchester City, PSG transfer
Hardik Pandya ranks above Virat Kohli, Ronaldo in list of 2021's Most Marketable Athletes
Cristiano Ronaldo could move to PSG if Real Madrid sign Kylian Mbappe: Report
When Ronaldo was chided for drinking 'Coke': a look at the past as Juventus loses to Barca
Cristiano Ronaldo's salary at Man United: CR7 to become the club's highest-paid player