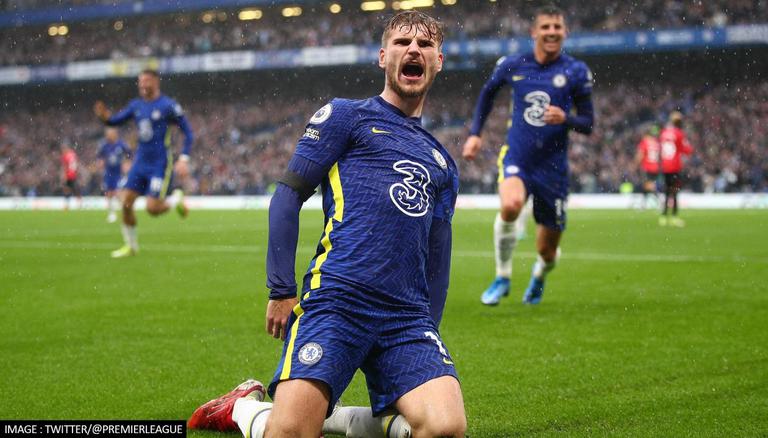 
Timo Werner, who scored a late winner for Chelsea in their Premier League fixture against Southampton at Stamford Bridge expressed happiness while speaking about his impactful goal on Saturday. At the same time, Werner vowed to never give up even though many of his goals continue to keep getting disallowed.

After Chelsea's home game on Saturday, Timo Werner made it clear that he is not going to give up even though 16 of his goals have been disallowed in one year.

"I didn’t hope it would continue like this, but it drops you a little bit when you always score, celebrate with fans. And then to go to the midline for it to get disallowed. 16 times in one year? It’s hard, but I keep going", said the German forward while speaking to Chelsea TV.

Timo Werner did succeed in finding the back of the net for the 'Blues' in the 84th minute as the home team took the lead. However, this could have been the German footballer's second goal of the contest had one of them not been disallowed earlier.

READ | Timo Werner told by Chelsea fan to 'get out of club' during training session; responds

The 25-year-old nodded home a Callum Hudson-Odoi cross in the first half, but after much deliberation, the Video Assistant Referee (VAR) ended up playing spoilsport and came to the conclusion that Chelsea defender Cesar Azpilicueta had committed a foul, thereby disallowing the goal.

Following the Chelsea vs Southampton match, Timo Werner won the hearts of netizens. Here's what they had to say.

And he did it, He scored again (TIMO WENER) #CHESOU . pic.twitter.com/0WDG0bVzV2

Chelsea midfielder Trevoh Chalobah broke the deadlock with Southampton in the ninth minute. Nonetheless, the Blues were put under pressure after English central midfielder James Ward-Prowse scored a crucial equaliser in the 61st minute. The home team heaved a sigh of relief after Timo Werner netted one in the 84th minute before completing the formalities as Ben Chilwell scored the third goal for them in the 89th minute helping the London-based club register an emphatic 3-1 win.

The current UEFA Champions League winners now occupy the top spot in the EPL 2021/22 points table with five wins from seven matches and 16 points to their tally.

WE RECOMMEND
Chelsea vs Southampton FC: How to watch EPL 2021 LIVE in India, UK and US?
Bayern Munich target Chelsea's Timo Werner to create 'team full of German stars'
Chelsea vs Man City: Fans surprised as Tuchel picks Werner and Lukaku in starting 11
PSG vs Manchester City: Bernardo Silva's open goal miss leaves fans shocked
Timo Werner told by Chelsea fan to 'get out of club' during training session; responds
Listen to the latest songs, only on JioSaavn.com