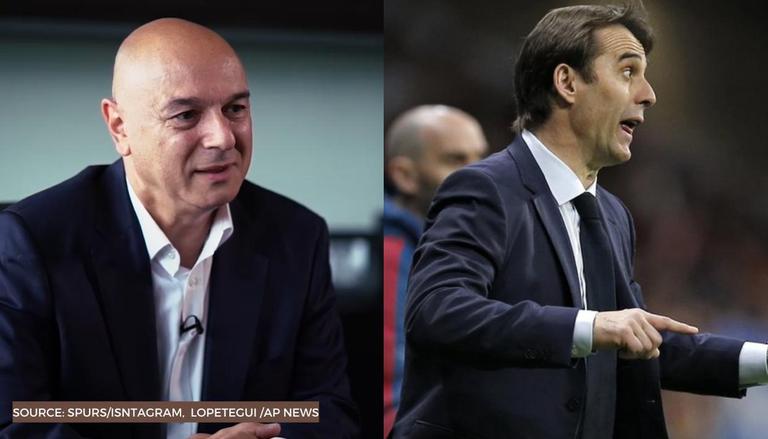 
Sevilla president Jose Castro has shared some groundbreaking news surrounding the Tottenham manager search saying that Julen Lopetegui was approached by the London club to be their next manager. The Premier League outfit reportedly put a "dizzying" offer before the Spaniard, tempting him to join Tottenham as their next head coach.

Tottenham Hotspur have been on the lookout for a new manager since the dismissal of Jose Mourinho back in April. The Portuguese head coach was relieved from his duties due to a poor run of results across the Premier League and the Europa League with Ryan Mason taking charge after being appointed as the caretaker manager for the rest of the 20-21 campaign.

Following the end of the previous season, Spurs chairman Daniel Levy is said to have started his hunt for a new Tottenham manager. However, it has not yielded any positive fruit as the London outfit has not been able to find a candidate willing to take up the job before the start of the highly anticipated 2021/22 season.

Spurs managed to get hold of Fabio Paratici and appointed him as the new managing director of football to join Daniel Levy in the hunt for a potential candidate to replace Mourinho. In a recent interview, Sevilla's president revealed how Julen Lopetegui was approached by Tottenham Hotspur. Speaking on El Larguero by Cadena SER, Jose Castro shared that Lopetegui told him that he had received an offer from Tottenham.

However, the 54-year-old was quick to add that he wants to continue at the Ramon Sanchez-Pizjuan Stadium outfit and wishes to be with the LaLiga side after helping them win the Europa League and also claim a Champions League spot for the upcoming season.

Who will be next Tottenham manager?

The London-based outfit has been linked with various other candidates. Former Inter Milan manager Antonio Conte got pretty close to joining them only for the deal to fall off in the later stages. Paulo Fonseca was also expected to be one of the major candidates expected to be the head coach of Spurs but the London team decided to change their focus and approach Gennaro Gattuso for the job. The Italian decided against joining Tottenham after his controversial three-week stint at Fiorentina. Mauricio Pochettino has also been considered for a sensational comeback but that move remains off the cards with PSG not looking to let go of the Argentine tactician. The Premier League club continues to hunt for a new head coach before the start of the 2021-22 season.

READ | Goretzka keeps Germany in Euro 2020 after draw with Hungary