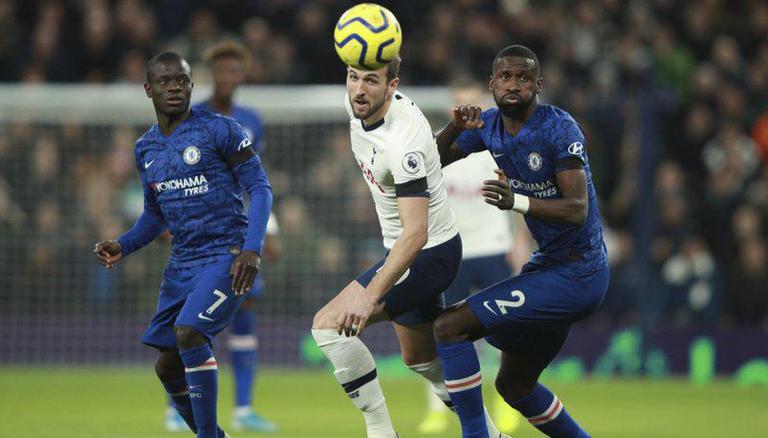 
Tottenham Hotspur will take on rivals Chelsea in the Premier League at the Tottenham Hotspur Stadium at 9 PM IST on Sunday, September 19 in the world's first net-zero football match. However, all the focus is set to be on their star forwards, Romelu Lukaku for the Blues, and Harry Kane for Spurs. While Lukaku has returned to Chelsea after a stint in Italy with Inter Milan he has hit the ground running managing to score four goals in four matches. Kane on the other hand, who was dealing with a huge transfer that saw him almost move to Manchester City, has not scored a single goal so far this season.

Tottenham vs Chelsea Preview and Prediction

Tottenham arrive into the game after two disappointing results in the form of a 3-0 loss to Crystal Palace in the Premier League last week and a 2-2 draw against Rennes in the UEFA Conference League Group Stage. It is fair to note that prior to these two matches they were playing well, they had won all three of their games in the league against City, Wolves, and Watford. They now will be hoping to turn their bad form around against their cross-town rivals.

Chelsea on the other hand have had an almost perfect start to their season after just drawing one of the six matches they have played so far. They also won the UEFA Super Cup final against Villarreal on penalities. They have managed to defeat Crystal Palace, Arsenal, and Aston Villa in the league and Zenit in the UEFA Champions League Group Stage. The solitary draw that they have picked up was against Liverpool and in that match, they were down to 10 men but they fought resiliently and played exceedingly well.

Based on current form and the way the teams are stacked it looks like in Chelsea will most likely come out on top in the match.

Spurs' boss Nuno Espirito Santo is set to be without Son Heung-min and Eric Dier due to injury, while Japhet Tanganga is serving his one-match suspension after he was sent off at Palace last weekend. In their mid-week fixture, Nuno was dealt further bad news in the form of Lucas Moura and Steven Bergwin suffering injuries. However, all is not bleak as the team has been boosted by the return of Davinson Sanchez, Cristian Romero, and Giovani Lo Celso following the end of their quarantine.

N'Golo Kante is racing against the clock to try and make his return for the match as he has been nursing an ankle injury. Christian Pulisic remains sidelined with an ankle injury picked up on international duty with the USA. Thomas Tuchel has everyone else available to pick from.

How to Watch Tottenham vs Chelsea Match Live

For fans wondering how to watch Tottenham vs Chelsea live in India can tune in to the Star Sports network, which has the official broadcasting rights in the country. The Tottenham vs Chelsea Premier League match can also be watched using the live stream on the Disney+ Hotstar app. As for the live scores and updates, fans can track the social media pages of both teams and the Premier League.

The Tottenham vs Chelsea Premier League match can also be watched using the live stream on the Disney+ Hotstar app. The match is scheduled to take place at 9 PM IST on Sunday, September 19, at the Tottenham Hotspur Stadium in London.