Know which of the teams have qualified for the next round of the UEFA Champions League 2021-22 and what are the current group standings following Match Day 6. 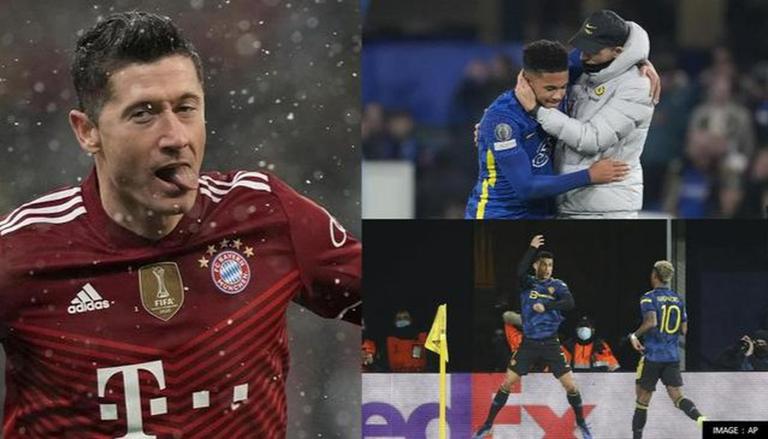 
The matchday six of the ongoing UEFA Champions League 2021-22 will end on Thursday with the Group F match between Atlanta and Villareal at the Atleti Azzurri d'Italia Stadium in Bergamo Italy. On one hand, the Round of 32 in the Champions League ends with the Group F clash, Premier League giants Manchester United have already qualified for the next round by finishing as the table-toppers with three wins, two draws, and one loss to their name, following their 1-1 draw to Young Boys on Wednesday night, local time.

Liverpool finished Round of 32 with six wins

Meanwhile, Premier League defending champions Manchester City along with French giants Paris Saint-Germain have qualified from Group A. City finished the Round of 32 as the table toppers, with four wins and two losses to their name, while PSG sit second with three wins, two draws, and a loss. From the Group B of the Round of 32 Liverpool and Atletico Madrid have qualified for the next round as Liverpool finished as table toppers with six out of six wins, while Atletico qualified as the second-placed team with two wins, one draw and three defeats.

At the same time, Eredivisie club Ajax and Primeira Liga club Sporting CP have qualified for the next round from Group C. Ajax won all six of their Round of 32 matches while Sporting won three games and lost the other three. La Liga giants Real Madrid and Serie A club Inter Milan qualified from Group D as Real Madrid finished ahead of Inter with five wins and one loss, while Inter finished second with three wins, one draw, and two losses. From the Group E of the Round of 32, Bundesliga team Bayern Munich and Primeira Liga team Benfica qualified for the next round. Bayern also won all six of their matches, while Benfica finished second with two wins, two losses, and two defeats.

READ | Bayern vs Barcelona Live Stream: How to watch Champions League match in India, UK and US?

Juventus finished as Group H table-toppers ahead of Chelsea

While United have qualified from Group F, Ligue 1 outfit Lille and Austrian Bundesliga team RB Salzburg have qualified for the next round from Group G. Lille topped the standings with three wins, two draws, and one loss while RB Salzburg finished second in the standings with three wins, one draw and two losses. Meanwhile, Serie A giants Juventus and Champions League defending champions Chelsea qualified for the next round from Group H. While Juventus finished as the table toppers with five wins and one loss, Chelsea followed them with four wins, one draw and a loss.

Meanwhile, the top-scorers chart of the UEFA Champions League 2021-22 is led by Ajax footballer Sebastien Haller, who has scored 10 goals so far in the season. Ballon d’Or 2021 runners-up Robert Lewandowski of Bayern Munich follows Haller with nine goals, ahead of Liverpool’s Mohamed Salah with seven goals. RB Leipzig's Christopher Nkunku also has seven goals to his name, while legendary footballer Cristiano Ronaldo sits fourth in the list with six goals to his credit so far since returning back to Manchester United earlier this season. At the same time, Ballon d’Or 2021 winner Lionel Messi, Real Madrid’s Karim Benzema, Bayern’s Leroy Sane, and City’s Riyad Mahrez have scored five Champions League goals each so far in the season.