UEFA Champions League: How Many Goals Has Robert Lewandowski Scored Against Bayern Munich?

Bundesliga giants Bayern Munich are all set to face La Liga heavyweights Barcelona in their second group stage game of the UEFA Champions League on Tuesday. 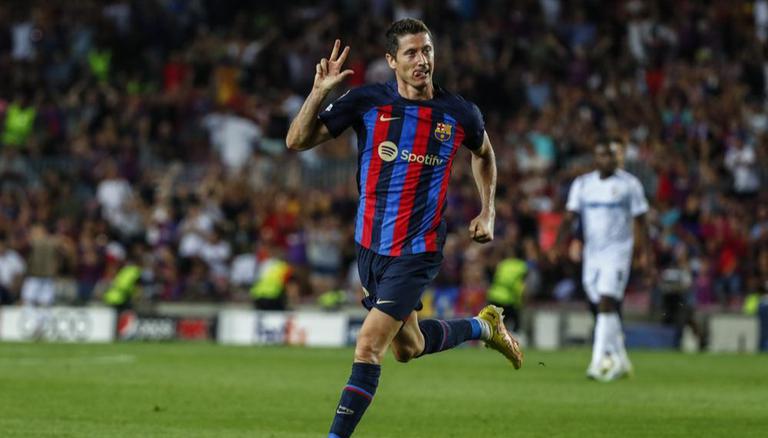 
Bundesliga giants Bayern Munich are all set to face La Liga heavyweights Barcelona in their second group stage game of the UEFA Champions League on Tuesday, with star striker Robert Lewandowski the centre of attraction. The Polish international spent eight seasons at the Bavarians from 2014 to 2022, scoring 238 goals in all competitions from 253 appearances.

Ahead of the Bayern vs Barcelona clash, here is a look at how many goals Lewandowski has scored against his former club before making his move to the Camp Nou this season.

Before making his move to Bayern Munich in 2014, Robert Lewandowski was often a thorn in their sides while playing for arch-rivals Borussia Dortmund. During his four years at the Signal Iduna Park from 2010 to 2014, the 34-year-old scored on five occasions after 12 matches, including a hat-trick in the 2012 DFB-Pokal final. Meanwhile, the Polish international has scored the most number of goals against Wolfsburg (24).

READ | Thierry Henry settles Erling Haaland vs Kylian Mbappe debate; 'With him, they can win UCL'

As for this season, it seems that Lewandowski cannot just stop scoring. He already has 10 goals to his name from just seven appearances across all competitions. Six of them have come in La Liga after five games. Barcelona fans will hope that the Polish international can bring the same goalscoring form when he faces his former employers in the UEFA Champions League on Tuesday.

Robert Lewandowski has barely taken any time to settle at his new club Barcelona as he has already scripted a new UEFA Champions League (UCL) record after his first match in Europe's elite competition. In the Catalan giants' 5-1 win over Viktoria Plzen, the Polish international scored a hat-trick, making him the first player in history to score three or more goals with three different clubs in the UCL.