The stage is set for the UEFA Nations League final as Spain will take on France on October 11, with the match scheduled to commence live at 12:15 AM IST. 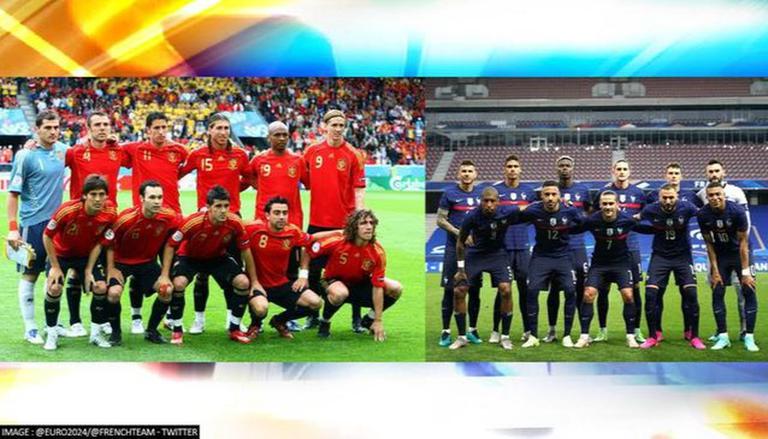 
The stage is set for the UEFA Nations League final as Spain are scheduled to take on France on Sunday night. The match will commence live at 12:15 AM IST on October 11 from the San Siro.

Ahead of the final, Spain coach Luis Enrique and France coach Didier Deschamps explained what it would mean for their sides to lift the trophy. Both teams will have the opportunity to lift their first-ever UEFA Nations League title on Sunday, a competition that began in 2018 to increase the number of competitive games between international teams by reducing friendlies.

While speaking to UEFA.com ahead of the final, France manager Didier Deschamps insisted that this competition brings the best out of teams as it features the best teams from Europe, unlike other competitions. "When we come up against sides who are a bit weaker on paper, players are aware of that, and it’s difficult to find the 'adrenalin,' so to speak, to motivate yourself and be highly competitive. When you look at the groups, they're the best national sides, since League A is made up of the best national teams in Europe," said Deschamps.

READ | Spanish coach Enrique all praise on youngster Gavi; 'he plays like he's at school'

The France boss added that it would be hugely satisfying for the team to win the UEFA Nations League as it is an additional trophy added to international football. This is because at first, 'there were two international titles, the EURO and the World Cup.' But now there are 'three with the Nations League'.

Spain football manager Luis Enrique said that winning the UEFA Nations League would be special for his side as they are playing against the world champions. "This is a competition that we would love to win. If we’re able to put pressure on, as we usually put pressure on, if we are able to have the ball and find the spaces as I think we can find them, it will be a difficult match for them. We're going to play against the world champions - of course, for us, it would be very important to win," said Enrique. France won the 2018 World Cup by defeating Croatia 4-2.