USA vs Costa Rica prediction, live stream details and team news ahead of the international friendly between the two teams scheduled to be played on June 9. 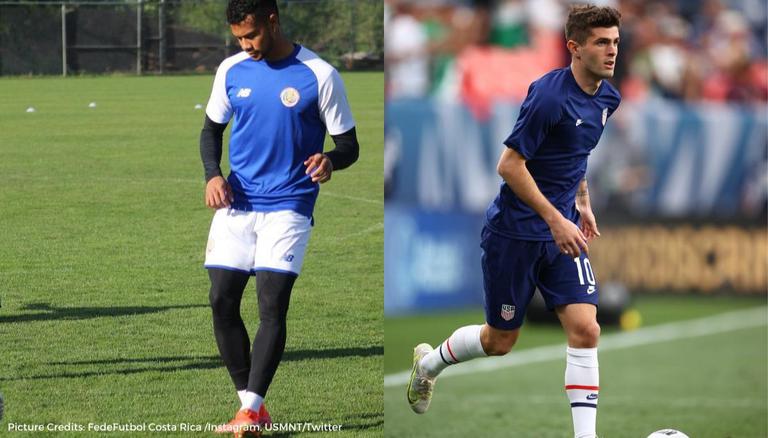 
USA will face off against Costa Rica in an international friendly scheduled to be played on Wednesday, June 9 at 7:00 PM local time [Thursday, June 10 at 4:30 AM IST]. The match will be played at Rio Tinto Stadium, USA. The two teams last met in February 2020 in an international friendly which was won by the Americans 1-0. Here is the USA vs Costa Rica prediction, h2h record and USA vs Costa Rica live stream details.

Can't wait to see you for #USAvCRC, presented by @Allstate, TOMORROW @RioTintoStadium.

USA will be positive coming into the game after successfully lifting the CONCACAF Nations League last week in a thrilling final against Mexico. The Americans managed to win the game in extra time and won the game with goals from Christian Pulisic, Giovanni Reyna and Weston McKennie. A victory in this game would be a good boost ahead of the busy month of international football played by the Americans. Captain Pulisic will be the key player for USA against the tough Costa Rican team. Pulisic is playing with a lot of confidence after he won the Champions League and the CONCACAF Nations League both in two weeks' time.

About to get a good sleep, but before we go to bed here's a reminder that last night wasn't a dream.

Costa Rica had a disappointing end to their Concacaf Nations League campaign as they were eliminated in the Semifinals by Mexico who eventually lost in the final to USA. The Costa Ricans have been pretty inconsistent in the recent past and have not managed a single win in their last 5 outings. The match against USA would be good preparation for them as they go into the Concacaf Gold Cup competition and will play Suriname in their opening encounter.

USA will be playing at full strength in the match on Wednesday, but the coach may decide to rest a few big names after the CONCACAF triumph against Mexico. Christian Pulsic played throughout the game and there are chances he might be rested or might make a second-half appearance for this match. A lot of responsibility will lie on the young shoulders of Reyna and McKennie to step up in the match on Wednesday. Costa Rica will take the field without their right-back Cristian Gamboa who is suffering from a hip injury.

The two teams have played each other 11 times since 2011 and USA have won 6 of those games, the remaining games were won by Costa Rica. USA also hold the superior record overall as they have won on 17 different occasions against their South American rival, as compared to the 16 wins Costa Rica have over them.

The American are high on confidence after the victory over Mexico in the CONCACAF Nations League final. They also a young and talented squad that is capable of playing brilliantly well against the top teams. Considering all of that, we predict a 2-0 win for the Americans over Costa Rica.

READ | What happened during USA vs Mexico? Fans throw bottles, use homophobic slurs in final

The match will be available on ESPN 2, Streams are also available on Fubo TV. Spanish fans can watch the game on Unimas. This game will not be streamed in India. All the scores and live updates will be posted by the teams on their official social media handles