Several human rights groups, such as Amnesty International, have come together to urge FIFA to pay at least £356m in reparations for Qatar's migrant workers. 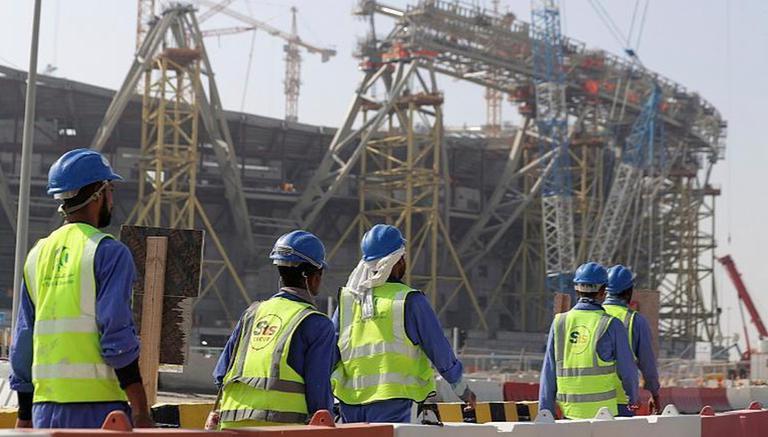 
Several human rights groups, such as Amnesty International, have come together to urge FIFA to pay at least $440m (£356m) in reparations for Qatar's migrant workers, whose human rights have been compromised as a result of the World Cup 2022. It is believed that England and their manager Gareth Southgate have been asked to support the initiative. The Qatar World Cup is scheduled to take place from November 21 to December 18, 2022.

According to several foreign media outlets, several human rights groups such as Amnesty International, Human Rights Watch, and Football Supporters Europe, among others, have come together to address the concerns in Qatar. The organizations claim that FIFA should reserve at least $440m of the prize money that is set to be offered to teams participating in the World Cup 2022 to be invested in funds to support remediation.

The organizations believe that this amount would represent a small percentage of FIFA's revenues, which are anticipated to be a whopping $6bn. They believe that the final amount required for compensation will be determined by various factors, such as the scale of the need, the harms to be redressed, and the reparation measures that are set to be offered. These will be decided via a participatory process and will be subject to an independent evaluation.

The reports add that Sacha Deshmukh, who is the CEO of Amnesty International UK, called England to support the idea. He believes that the FA and England manager Gareth Southgate along with all the players will back the 'innovative scheme.' He believes that international football and FIFA can easily afford to do the right thing by supporting the initiative and agreeing to share a 'small share of FIFA's enormous money pot.'

In response, FIFA is believed to have said that they were assessing the proposals and that they had put in place an 'unprecedented due diligence process.' The report states that they had transferred $22.6m to workers by the end of 2021 to redress the issue of recruitment fees paid by the migrant workers to brokers to receive the jobs.

With Qatar set to host the biggest sporting tournament in the world later this year, the hope is that FIFA and the rest of the organizers will carefully address the damage caused to workers, and will try their best to provide the appropriate remedies.