'We Lose Every Week, You're Nothing Special': Arsenal Fans' Reaction To Man City Loss 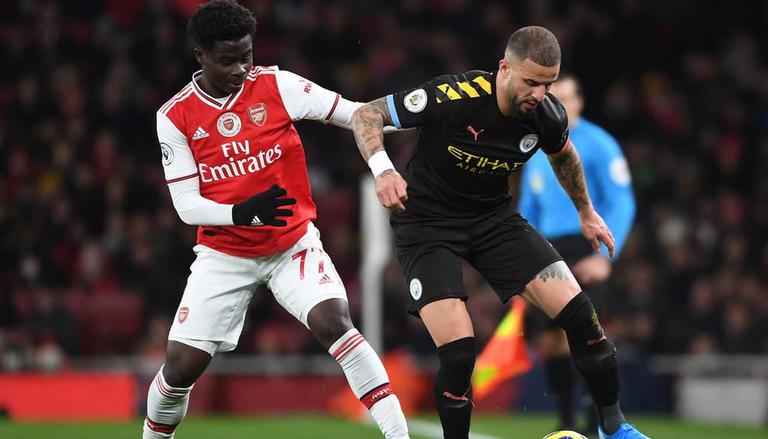 
Arsenal's dreadful start to the 2021 season continued as the team was defeated 5-0 by Manchester City on Saturday. During the game, a number of Arsenal fans were heard shouting slogans in support of Manchester City, placing pressure on Mikel Arteta as a result of the team's dismal start to the season. Fans were seen clapping after every goal that Man City scored last night. A video was also shared on social media showing some supporters singing a made-up song to emphasise Arsenal's embarrassing season this year. The supporters sang, "We lose every week, you're nothing special," in reaction to Man City's back-to-back goals.

The video of fans singing in favour of Manchester City has received over 1.8 million views on social media since it was posted last night claiming to be from the Arsenal-Man City match. In the video, Manchester City fans could be seen clapping while the opposition supporters sang the song in chorus. However, social media users later claimed that the video was 7 years old from a match between West Ham United and Manchester City and not from last night.

How long is it gonna take for fans to realise this was West Ham singing this back in 2014? pic.twitter.com/LWUWdw9mlb

You do know it wasn’t arsenal fans singing this , it was west ham fans from 7 years ago

Brother its not even us this vid is 7 years old 😂 pic.twitter.com/a8ufFEN04Q

Not arsenal fans... but I wish they sung so 😂https://t.co/Q32nDeUfyQ

As far as Saturday's match is concerned, İlkay Gündoğan, Ferran Torres, Gabriel Jesus, and Rodri scored the five goals for Manchester City. Gündoğan provided an early breakthrough at the Etihad as he scored the first goal within the first seven minutes of the game. Torres followed the lead and scored the second goal in the 12th minute. Arsenal's cause was further punctured as Granit Xhaka received a red card in the 35th minute and reduced his side to just 10 men.

Manchester City controlled the ball for the majority of the 90 minutes, completing 757 passes in the process. While City had ten attempts on goal, Arsenal failed to get a single shot past the home side's defense. With the loss, Arsenal has slipped to the bottom of the points table on the Premier League rankings. Arsenal is yet to score a goal in the ongoing season let alone win a match. For their next match, the gunners will host another bottom-ranked side Norwich City and look to register their first win of the season.