What happened to Kiyan Prince? The late QPR academy footballer recently became the first-ever virtual player on FIFA 21, 15 years after his tragic death. 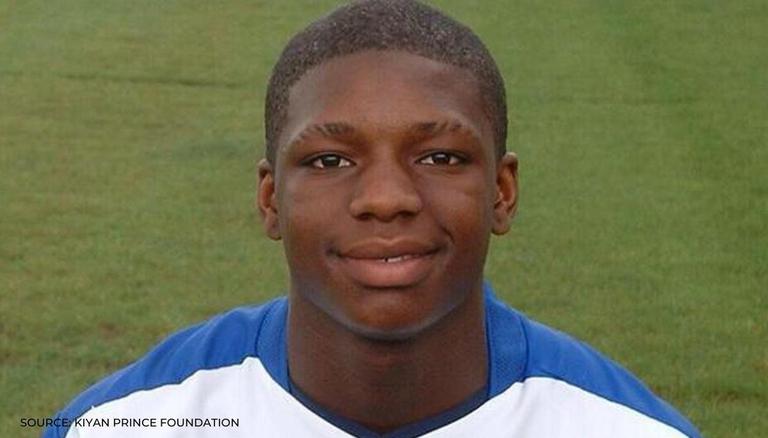 Promotional materials for the latest player to be added to FIFA 21 show late footballer Kiyan Prince scoring a goal in the video game. Prince played for the Queens Park Rangers Under-16s Football Team, a star in the making nicknamed ‘The Bullet’ because of his speed and natural ability on the pitch. However, the young footballer tragically died in 2006 he died at the gates of his school in north London. Fans on social media were then curious to know more about what happened to Kiyan Prince and how did Kiyan Prince die at the age of 15.

At just 15 years of age, Kiyan Prince's dreams of becoming a professional footballer were snatched away when he became a victim of a knife crime. In a notorious incident that took place in May 2006, Prince was stabbed in the heart with a penknife as he tried to break up a fight outside the school he attended. He was airlifted to the Royal London hospital in Whitechapel, where he died two hours later.

The boy who stabbed Kiyan was 16 at the time and called the knife a “little toy”. Kiyan was reportedly well-known all around North West London for his obvious football talent, but also his character and positive energy for all the people he crossed paths with.

READ | Neymar contract: How much money will the Brazilian earn with new PSG deal?

To mark the 15th anniversary of his death, Queens Park Rangers have resigned Kiyan and he will appear virtually as a FIFA player. The Kiyan Prince FIFA 21 images will be that of a 30-year-old and were created through a combination of advanced deep, artificial technology, illustration, and input from scientists and Kiyan's family.

Promotional materials for the latest player to be added to FIFA 21 show Kiyan Prince scoring a goal. He takes a shot with his left foot, over the lunge of a despairing defender, and watches it fly into the roof of the net. Running off in celebration with his arms wide, he shouts in delight. Then the Kiyan Prince virtual footballer turns and shows his shirt to the crowd: Queens Park Rangers’ number 30.

Kiyan's father, Dr Mark Prince OBE, hopes the images of his son fulfilling his childhood dream will inspire other vulnerable young people to do the same. Mark, a former WBO title-winning boxer at cruiserweight, helped set up the Kiyan Prince Foundation a year after his son’s murder and has been the face and voice of the organisation ever since.