After completing his return to Old Trafford, the big question on every fan's mind is when will Cristiano Ronaldo make his second debut for Manchester United. 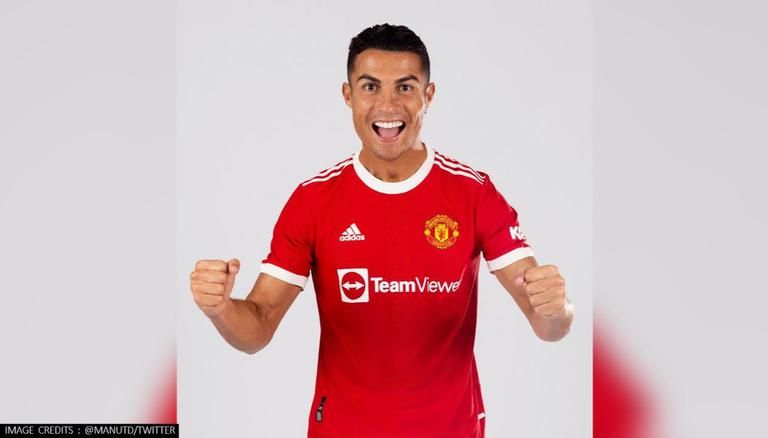 
Cristiano Ronaldo's return to Manchester United is being termed as one of the most high-profile transfers in the history of football. After completing his return to Old Trafford, the big question on every fan's mind is when will Cristiano Ronaldo make his second debut for Manchester United. Ronaldo was on international duty as he joined his fellow national teammates for the World Cup qualifying matches.

Portugal won their first match 2-1 against Ireland thanks to late goals from Ronaldo however, he was given a yellow card for taking his shirt off while celebrating his second goal meaning that he will miss their next match. The national team coach Fernando Santos then decided to allow Ronaldo to leave early and join up with his new club.

When will Ronaldo make his second United debut?

According to a report by Sun, Ronaldo landed in his private jet at Manchester airport on Thursday, September 2 at 5:40 PM local time and was taken straight to a multi-million-pound mansion to quarantine for five days. Because of the mandatory quarantine, he will only be able to train for about a day with his new teammates before they take on Newcastle United on Saturday.

So it is unlikely that coach Ole Gunnar Solskjaer would put him into the starting eleven so soon but will be in the squad for the match day. He will most likely start against BSC Young Boys in the Champions League on September 14. Earlier, Solskjaer spoke to BBC Sport about how he was hopeful that Ronaldo would play in the next game week against Newcastle, saying:

On Saturday, the club stated that Ronaldo’s return to the club led to massive online competition demands. The tickets on the official website of Manchester United have already been sold out. However, other third-party websites try to make the most out of the situation by charging humongous prices for the tickets.

Tickets on StubHub, an American website, were sold at around £2,514 for seats in the lower-tier. Even as those tickets have already been sold out, a website named Live Football Tickets has put forward more than 200 tickets for Ronaldo’s match. While the cheapest tickets are priced at £265, the most expensive tickets cost £699, with the seats in the first tier of the Sir Alex Ferguson stand. A few tickets, priced at £350, provide a "Ronaldo tunnel entrance view" at the Old Trafford.