Who Is Debbie Hewitt? Know About FA's First Ever Female Chairperson In 157 Years

Who is Debbie Hewitt? Here is some greater information about the person who is appointed as the first female chairperson in FA history. 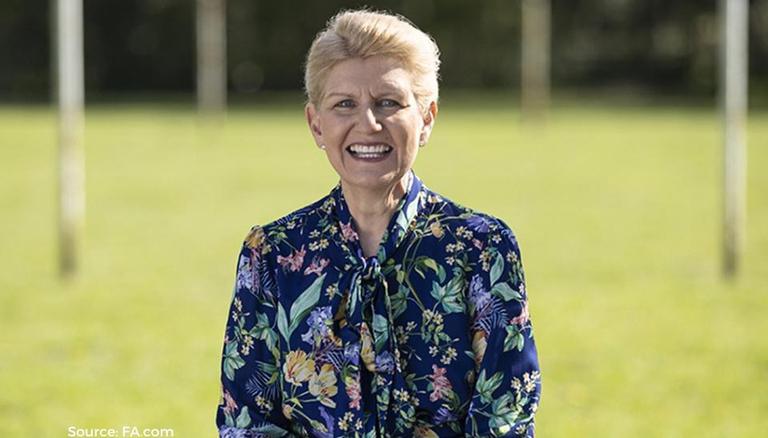 
England's Football Association (FA) made history after appointing Debbie Hewitt as the first female chair in its 157-year history. Hewitt is expected to take up the position in January 2022 and the appointment is subject to confirmation by the FA Council next month. But once the formalities are completed, Hewitt will become the permanent successor to Greg Clarke, who resigned after he was accused of making racially offensive remarks in front of a parliamentary committee. Here is a look at who is Debbie Hewitt and some deeper information about the Debbie Hewitt FA announcement.

Debbie Hewitt has an extensive background in business as she is a former chief executive of RAC and the current non-executive chair at Visa Europe, the clothing brand White Stuff and the financial services group BGL, which owns the website Compare The Market. Hewitt has also spent six years on the board of The Restaurant Group, which owns Wagamama and Frankie and Benny's. Hewitt will step down from that role once she takes up her FA position.

We're pleased to announce that our board has nominated Debbie Hewitt MBE to become our new Chair from January 2022, subject to ratification by our council:

Debbie Hewitt FA announcement: What did the first female chairperson in FA history say on receiving the news?

Debbie Hewitt was delighted to be nominated as the first female chairperson in FA history. On receiving the news, Hewitt said,

I'm delighted to be nominated for the role of non-executive chair of The Football Association. As the events in recent months have shown, this is a significant moment in time for English football, with a clear purpose for all stakeholders to secure the long-term health of the game at all levels. I've been passionate about football from a very young age and I'm excited by the opportunity to play my part in shaping the future of something that means so much to so many.

What is said about the Debbie Hewitt FA announcement?

Kate Tinsley, the independent non-executive FA Director and chair of the selection panel, had all praises for Debbie Hewitt as she believed she will lead the FA in a positive direction. Tinsley said,

This is an excellent appointment for the FA and English football in general. Debbie was an outstanding candidate from a talented and experienced field. She immediately demonstrated her passion and ability to positively influence the direction of the FA on a domestic and global stage, providing strong and principled leadership along the way.

With the recent troubles amongst fans and the owners of the 'Big six' Premier League clubs as a result of the European Super League drama, fans will only hope that Hewitt is able to take the FA in a positive direction.