Who Is Fabio Paratici? Know About The Man Who Signed Cristiano Ronaldo At Juventus

Who is Fabio Paratici? The Italian is set to be announced as the new DOF at Tottenham later this week after an 11-year stint with Serie A giants Juventus. 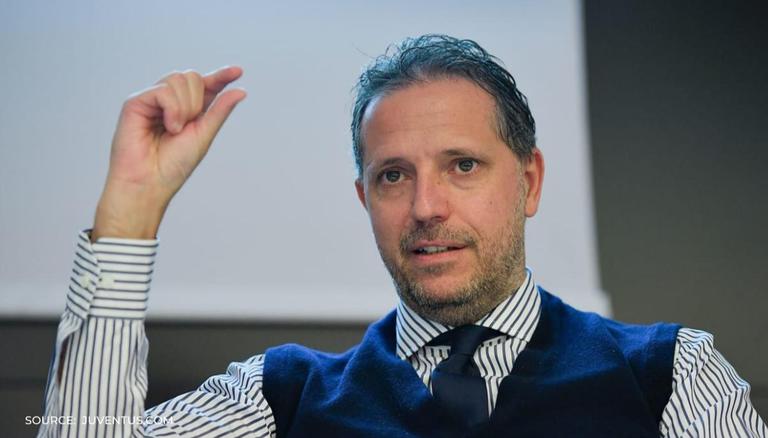 Tottenham Hotspur are set to announce the arrival of Fabio Paratici as the club's new director of football this week and the Italian is reportedly looking to shake things up behind the scene at the North London club. Paratici left his role as Juventus' long-serving chief football officer after 11 years last week. The Italian was believed to be a key figure in helping the Old Lady bring Cristiano Ronaldo from Real Madrid to Turin in the summer of 2018.

While Paratici's official title at Tottenham is yet to be announced, he has already begun planning for a busy summer transfer window at the club. It's understood that he has earmarked potential sales to raise funds for deals, and he will also have a key say in who the club's next head coach will be. According to reports in Italy, as per Calcio Mercato, Paratici is eyeing up a move for Dejan Kulusevski as well as experienced centre-back Leonardo Bonucci.

Fabio Paratici will start his new challenge as new Tottenham director of football in the next days, confirmed. Agreement reached since two days and contract set to be signed. He’s working on Spurs manager situation with Daniel Levy. ⚪️ #THFC #Spurs https://t.co/AvaM5aDUxw

Who is Fabio Paratici? All you need to know about Tottenham's new DOF

Fabio Paratici has been around football long enough to know how things are done on and off the pitch. He started his career as a footballer with Piacenza and played for a total of 12 different clubs in 15 years before calling it quits in 2004.

Upon retiring, Paratici was hired as the Chief Observer/Head of Scouting for Sampdoria in 2004. During his tenure at Sampdoria, Paratici worked very closely with the club's Director-General, Giuseppe Marotta, often being described as his "right-hand man". In May 2010, Paratici moved from Sampdoria to Juventus and was appointed as Head of Technical Areas and Sporting Director by the president Andrea Agnelli.

During his 11-year stint at Juventus, Paratici made some blockbuster signings, helping the Bianconeri win nine consecutive Serie A titles, with the club also reaching two Champions League finals. Tottenham are now expected to announce Paratici as the club's new DOF later this week.