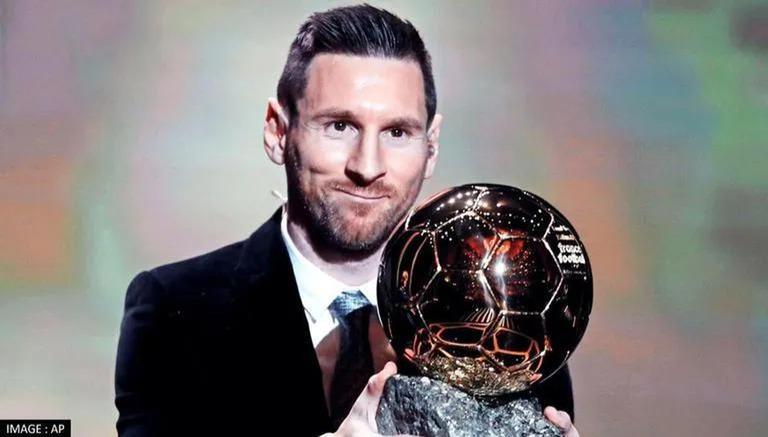 
Following the shocking exclusion of Lionel Messi in the Ballon d'Or 2022 shortlist, France Football’s deputy editor-in-chief Emmanuel Bojan has explained their decision. As per Bojan's remarks, the Argentine international was excluded from the 30-man shortlist due to 'new criteria'.

Speaking of Lionel Messi's exclusion from the Ballon d'Or 2022 shortlist, France Football's deputy editor-in-chief Emmanuel Bojan said (as quoted by Eurosport), "Inevitably, Lionel Messi, with his 15 appearances in a row since 2006, his seven Ballon d'Or victories, his title holder status, weighs very heavily when it comes to the final choice."

Despite Messi's staggering achievements, France Football excluded the seven-time winner from this year's 30-man shortlist due to a change in criteria. The most notable change in the criteria this year was that the Ballon d'Or award would be handed out on the basis of a player's performance over the past season rather than the calendar year.

"The Argentinian was part of the discussions to integrate the 30, but the new criteria for the Ballon d'Or were unfavourable to him: the disappearance of the criterion of a player's entire career, and new periodicity, modelled on a season of football and no longer over a calendar year, which does not make it possible to integrate the Copa America of July 11, 2021," explained Bojan.

When it came to evaluating Messi's first season at the Parc des Princes, Bojan added, "And then, it must be admitted that his first season in Paris was very disappointing both in terms of the visual impression and the statistics." However, with Cristiano Ronaldo included in the shortlist, doubters have raised concerns over France Football's way of evaluation.

As a result, Bojan clarified their stance by stating, "The statistics say the opposite. Ronaldo became the top scorer in national football this season [117 goals]. He was extremely decisive in the Champions League group stage with four off-the-cuff goals that gave Man Utd seven points. In the Premier League, he had 18 goals including two hat-tricks. In total, 32 goals in 49 matches are not as many as in his best seasons but enough to be among the 30 best players in the world."

READ | No Messi on 30-man Ballon d'Or list for 1st time in 17 yrs, Benzema & Ronaldo nominated
READ | Irked Kylian Mbappe squanders a spot-kick as teammate subs him in favour of Messi: Watch
READ | There is only room for Lionel Messi or Neymar at PSG, believes Kylian Mbappe: Report
SUBSCRIBE TO US