Gini Wijnaldum contract: Here are the Wijnaldum salary details as the Dutch midfielder reportedly snubs Barcelona to join PSG until 2024. 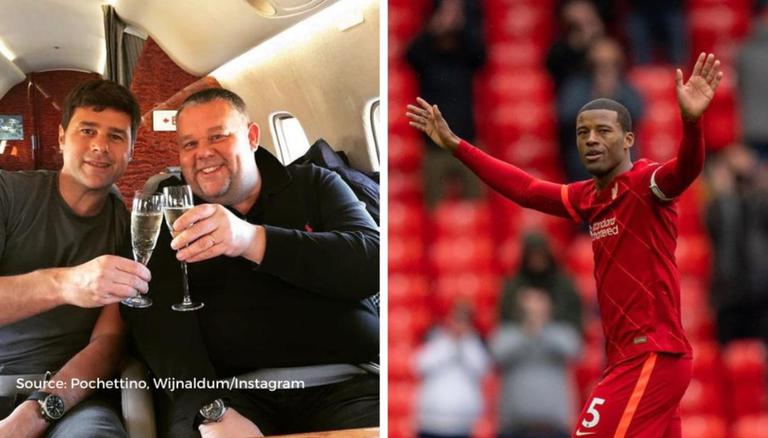 
Gini Wijnaldum's decision to leave Liverpool after spending five years at Anfield triggered a number of transfer requests for the Dutch midfielder. Wijnaldum joined the Reds in a £25 million move from Newcastle in July 2016. Until a week ago it seemed that Wijnaldum's reunion with former Netherlands head coach Ronald Koeman was on the cards, but it seems that PSG have now hijacked the Wijnaldum to Barcelona transfer. So why did Wijnaldum not join Barcelona and what are the Wijnaldum contract details at PSG.

After Liverpool's final Premier League game at Anfield, Gini Wijnaldum bid an emotional farewell to the crowd. Speaking after the final whistle, the Dutch midfielder said, "I'm fighting against tears right now. The people in Liverpool have shown me love during the five years. I will miss them, you know? I hope to have played many more years for the club but unfortunately, things went different. I have to start a new adventure. I knew I went to a big club. I remember that I was sitting in the living room and the manager said when I come to Liverpool we would win prizes."

Barcelona transfer news: Why did Wijnaldum not join Barcelona?

Barcelona are set to miss out on the signing of Gini Wijnaldum after PSG reportedly offered a bigger salary for the Netherlands international midfielder. Wijnaldum to Barcelona seemed a done deal until a week ago as it is believed that Barca were also ready to send their staff to the Dutch training camp to complete a medical for Wijnaldum. However, according to top Italian journalist Fabrizio Romano, PSG reportedly offered Wijnaldum more than double the salary Barcelona tabled, which Wijnaldum accepted.

PSG offered Wijnaldum more than doubled salary and Gini accepted during the night.

Pochettino called him many times in the last 56 hours.

PSG now working on next steps - medicals in 🇳🇱 too.

PSG want Gini to sign the contract as soon as possible after his Barça-deal turnaround. https://t.co/HOs6YcGsPA

After unveiling Eric Garcia, club president Joan Laporta did promise more Barcelona transfer news. At the press conference, Laporta said, "Next week there will be more news." Most of the Spanish media believed that deals for Wijnaldum and Memphis Depay would be announced but that no longer seems to be the case.

According to several media reports, Barcelona reportedly tabled an offer for Gini Wijnaldum's contract at only €3 million per year. Meanwhile, as per the PSG transfer news, the French outfit is offering the Dutch midfielder a staggering salary of €8 million per year. Wijnaldum is now set to move to the Parc des Princes on a contract until 2024.