'Won't Do An Mbappe': Modric Drops Hilarious Hint On Real Madrid Future Ahead Of UCL Final

Real Madrid's Luka Modric issued a hilarious response when he was asked about his future plans and whether he would extend his stay at the Santiago Bernabeu. 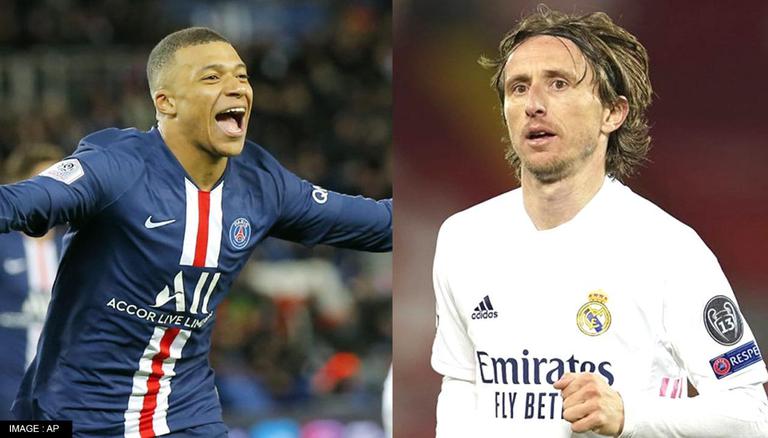 
Real Madrid star midfielder Luka Modric issued a hilarious response when he was asked about his future plans and whether he would extend his stay at the Santiago Bernabeu. The 36-year-old, who is set to become a free agent in the summer, used French forward Kylian Mbappe as a reference to answer the question.

Mbappe, who was strongly linked with Los Blancos last summer, signed a blockbuster contract extension at the Parc des Princes, a move that has been heavily criticized by Real Madrid and La Liga president Javier Tebas. The Spanish league had issued a statement regarding the controversial extension, calling it 'scandalous.'

While speaking to COPE about his potential contract extension, Luka Modric replied, "I haven't renewed yet, but I'm not going to do a Mbappe. I hope the club doesn't do it to me. We have a good relationship. I have said many times that I want to finish my career here."

The Croatian signed a one-year extension to his deal last year after another brilliant season in 2021, and it remains to be seen if he would do so once again this time around.

Kylian Mbappe's contract extension with PSG triggered massive debate as the Frenchman had reportedly agreed to terms on a move to Real Madrid this summer, only to perform a U-turn and decide to extend his stay in Paris. As a result, Los Blancos' pursuit of signing one of the hottest properties in today's football failed, with Mbappe putting pen to paper on a new three-year deal with the Ligue 1 giants.

After claiming that Kylian Mbappe's contract extension with PSG was no surprise, Luka Modric said that everyone must end that topic as the club now has its eyes set on the UEFA Champions League final. Real Madrid will face Liverpool on May 28 at the Stade de France, with the hope of winning a record-extending 14th title.

"We have the Champions League final, which is the most important thing of all," explained Modric. "Real Madrid will continue to be at the top, above any player, anything, and there is no need to go over it over and over. I think we have a very good team, many players who can grow a lot, who have had a great season and maybe value what we have here. Players that, maybe some of them, will become great stars in the future."