We look at WST vs MAC Dream11 team, top picks, alongside other match details of this A-League clash between Western United and Macarthur FC. 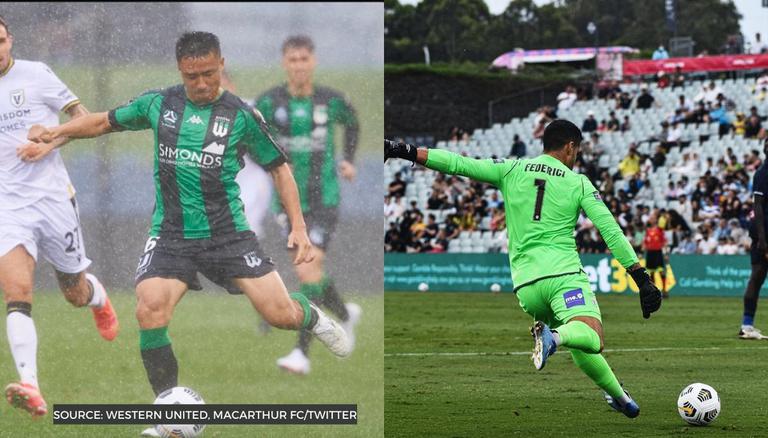 Western United and Macarthur FC are set to square off against each other in their upcoming A-League clash on Monday, May 31. The Australian domestic league clash is set to be played at the Leichhardt Oval with the kickoff scheduled for 7:05 AEST (2:35 PM IST). Let's have a look at the WST vs MAC Dream11 team, top picks, alongside other details of this match.

A clash with the Bulls.

Western United will head into the game following a poor run of results which saw them record a massive seven games winless run. Starting the match after recording six defeats in a row, the hosts find themselves slotted 10th on the A-League table having registered just eight wins from 24 games while playing out four draws and suffering from 12 losses this season. With 28 points against their tally, they trail 9th ranked Perth Glory by five points and will aim to bridge that gap top two by recording a victory against Macarthur FC on Monday.

Macarthur FC on the other hand have also been inconsistent of late and will start the game after their six-game unbeaten run record being broken with their last match ending in a narrow 1-2 loss to Central Coast Mariners. Currently finding themselves slotted sixth on the table, the visitors have recorded 10 wins while playing out six draws and suffering from eight losses this season. With 36 points from 24 games, Macarthur FC has 36 points against their name and will be aiming to walk away with three points as a win over Western United could see them break into the top four.

Captain - M. Derbyshire or B. Berisha

Vice-Captain - M. Susaeta or A. Diamanti

READ | Copa America in Argentina suspended due to COVID-19 surge; CONMEBOL to announce a new host

Macarthur FC start the match as favourites and are expected to edge out a narrow win over Western United on Monday.