Zinedine Zidane spoke about keeping doors open to coaching in the future while dropping hint on when he will be possibly making his return to the dugout. 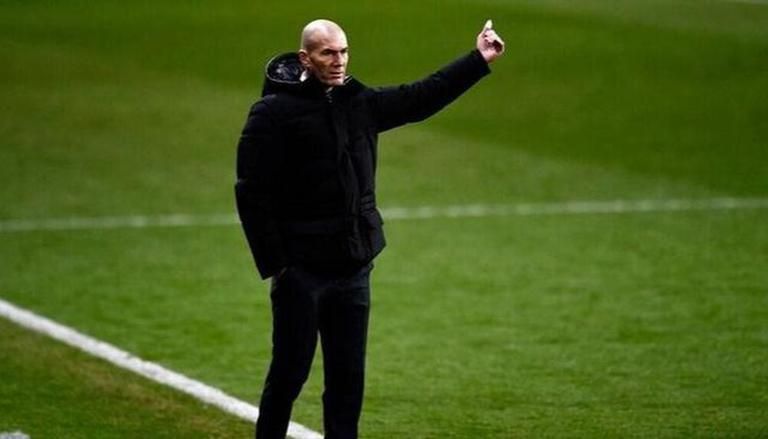 
Zinedine Zidane is without any managerial job since quitting the Real Madrid post back in 2021 and the question still remains if he will be seen in the dugout anytime soon. The rumours about Zinedine Zidane making his return to management have been doing the rounds with PSG and the French National team being the two options. However, the Real Madrid legend is still undecided about his return to management.

Zinedine Zidane speaks about his return to coaching

During a recent interview with Telefoot, the French legends not only spoke about keeping doors open to coaching but also about his return to the dugout. He said, "Yes. I have a lot left to give, or at least something. I want to continue along this path. I want to continue, I still have this flame, it's my passion, football. I'm almost 50 years old, fulfilled, I'm happy, that's the most important thing."

Zinedine Zidane has been constantly linked to a job at Paris Saint Germain (PSG) with the French Champions looking to replace current PSG boss Mauricio Pochettino. While there were reports about positive talks being held between the French club and former Madrid coach earlier this month, Goal.com has reported that have now turned their attention towards Christophe Galtier from Nice who guided Lille to the Ligue 1 title in 2020-21.

Besides the PSG job, Zidane has also been linked to the coaching job of the France national team when current manager Didier Deschamps leaves his post. Deschamps' contract at Les Bleus runs out after the World Cup in Qatar however there is no clarity whether he will be signing a new contract after the tournament.

READ | Will Zinedine Zidane replace Pochettino as next PSG manager? Big update inside

Zinedine Zidane on his succesful managerial career at Real Madrid

Zinedine Zidane had a sensational career during his spell with  Real Madrid. The former player registered 166 wins from his 251 games. As a manager, he guided Real Madrid to two league titles and three UEFA Champions League titles in just five years. Besides the Champions League, the 48-year-old has won two Supercopa titles, two UEFA Super Cup and also two FIFA Club World Cups.

READ | Why was Zinedine Zidane's 'infamous' headbutt statue removed? Why will it be reinstated?

Speaking about his career as manager of the Real Madrid team, Zidane said, "We worked a lot, we had incredible players, and a team that followed me. I was responsible for many things, but I had a great team that supported me. It just would not have been possible without everyone. I need to surround myself with people that I feel comfortable with. Without them, it could not work."