FIH Hockey Stars Awards 2020-21: List Of Indian Players Nominated And How To Vote For Them

The FIH, in an official announcement on their website, said that the voting process would remain open until Wednesday, September 15, 2021. 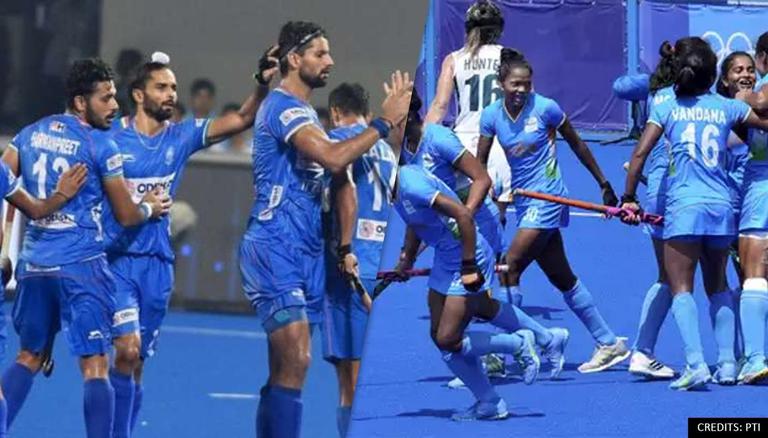 
Six Indian hockey players and coaches of both Indian Hockey Teams ( men's and women's) have been nominated for various categories for the International Hockey Federation’s (FIH) Hockey Stars Awards 2021. The 2020 Hockey Stars Awards was cancelled due to the impact of the COVID-19 pandemic. The 2021 edition's nominations will cover the period from January 2020 to the end of the Tokyo Olympics 2020. The FIH, in an official announcement on their website, said that the voting process would remain open until Wednesday, September 15, 2021, with the winners being announced on September/October 2021. Fans who want to vote for their favourite players can visit the official FIH website to make their votes count.

We are delighted to reveal shortlists for the FIH #HockeyStarsAwards 2020-21, with players, coaches, media & fans being able to register their votes for the nominees in the respective women’s & men’s Player, Goalkeeper, Rising Star & Coach of the Year categories.
More details👇

As mentioned by Olympics.com in an official report, the goalkeeper and former skipper of the Indian National Football Team, PR Sreejsh, and the Women team's goalkeeper Savita Punia have been nominated for the ‘FIH Goalkeeper of the Year’ in the men’s and women’s categories, respectively. Both the keepers played a vital role in Indan Hockey Teams’ brilliant show in the Tokyo Olympics 2020. The Indian Men’s team clinched the bronze medal after finishing third, and the Women’s team finished in fourth place after losing their third-place match.

Meanwhile, defender and designated drag-flickers Harmanpreet Singh and Gurjit Kaur have been nominated for the ‘FIH Player of the Year’. Harmanpreet Singh, the men’s team vice-captain, scored five goals at the Tokyo Games 2020. On the other hand, Gurjit Kaur scored four goals, including the one against Australia that knocked them out of the Tokyo Olympics.

Indian youngsters Vivek Sagar Prasad and Sharmila Devi are also running for the ‘FIH Rising Star’ in both categories. Players have to be above age 21 or under as of December 31, 2021, to pass the minimum age criteria. Vivek Sagar Prasad was previously named FIH Rising Star of the Year in 2019. In addition to the players, Men’s team coach Graham Reid along with former Women’s team coach Sjoerd Marijne were nominated for the ‘FIH Coach of the Year’ in the men’s and women’s team categories. Sjoerd Marijne stepped down from the Indian Women team’s Head Coach post after guiding the team to a fourth-place finish in Tokyo.

The FIH Hockey Stars Awards is a voting-based awards system, where everyone from the national team captains, coaches, fans, players to the media, everyone taking part in the process. The captain’s and coaches' votes will be given a 50 percent weightage while the players and fans accounting for 25 percent. The remaining 25 percent weightage will be given to the media vote.