India has not won an Olympic medal in hockey since the 1980 Moscow event, where the side had secured gold for the record eighth time. 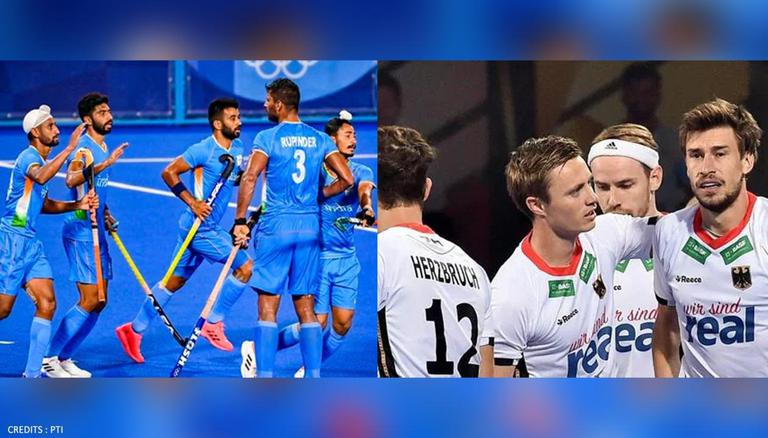 
The Indian men's hockey team is all set to lock horns against Germany in the bronze medal match at the Tokyo Olympics on August 6. India was eliminated from the gold medal race earlier this week after the Manpreet Singh-lead side lost 5-2 against Belgium, who proved too strong for the Men in Blue in the semi-final. On the other hand, Australia defeated Germany 3-1 to book their spot in the final of the Olympics hockey event.

India will face the 2016 Rio Olympics bronze medallist in an attempt to bring a hockey medal home after 41 long years. India has not won an Olympic medal in hockey since the 1980 Moscow event, where the side had secured gold for the record eighth time. The Men in Blue will have to be at their top game to win the bronze in Thursday's clash against Germany. While India is ranked number 3 amongst the FIH members, Germany is ranked number 4.

India and Germany played their first international match in September 1932, which the former British colony went on to win 6-0. Both sides have played a total of 100 matches since then with Germany leading with 53 wins against India's 20. 27 matches between India and Germany have ended in a draw. The biggest win for India against Germany remains the Berlin Olympic hockey final in 1936, where the former won by 8-1. For Germany, their biggest win against India came in a pool match of the Buenos Aires World Cup in 1978, where they won by 7-0.

READ | Men's hockey at Tokyo Olympics: India vs Germany for Bronze, Australia vs Belgium for Gold

The last time India and Germany met in an Olympic match was in 2016 in Rio, Brazil, where the latter won 2-1 in a group stage game. India and Germany played a warm-up match before the start of the Tokyo Olympics, which was again won by the latter with a margin of 3-2. Germany, which has won four Olympic golds in hockey, last won the top prize at the marquee sporting event in 2012 London, where the team defended its title from 2008 Beijing.