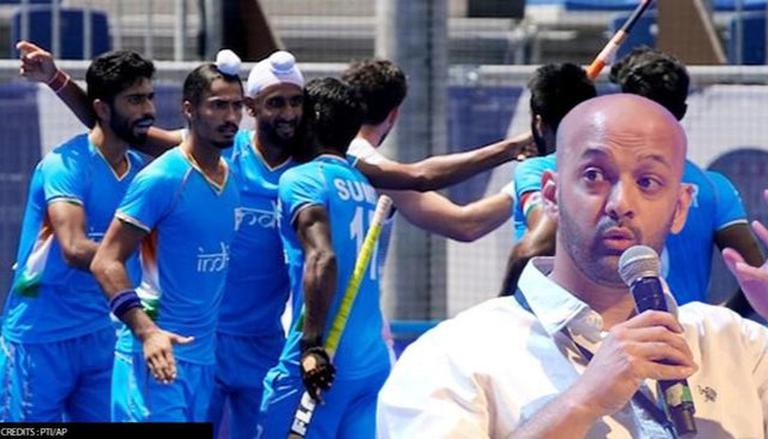 
Former Indian Men’s Hockey Captain Viren Rasquinha expressed how Indian Hockey may have hit a turning point after their heroic 5-4 win against Germany to win the Bronze medal for India in the ongoing Tokyo Olympics. India won an Olympics medal in Hockey for the first time in 41 years. Rasquinha was the Skipper of the Indian Men’s Hockey team and an integral part of the team that finished 7th in the Athens Olympics in 2004. He has 180 International matches to his name and had previously played for teams like Maratha Warriors, Tata Sports, Air India and the Indian Oil Corporation.

Any medal at this level of hockey is exceptional

While speaking to ANI, the former Indian skipper Rasquinha said, “ I think this is a massive achievement for Indian Hockey, this is something we have been waiting for the last 41 years. Generations of players have tried their best and not succeeded in getting to the Olympics finals since Moscow 1980 so for this men’s hockey team to go out there and win bronze, is an incredible achievement. It is a dream of every Indian Hockey player to represent your country at the Olympics and to win a medal, I think this can be a turning point for Indian Hockey.”

When asked about Coach Graham Reid,  he said,” I think for me, three big changes I have seen. In terms of selection, I think he did a great job of going for form and fitness and he did not count much for reputation. Number two, fitness levels of the team have been world-class, number three, good use of the rolling substitution. We never let the pace and intensity drop for any of the games. Team spirit and sense of belonging Graham Reid has created, it is great.” he added. Rasquinha was present on the commentary box of Sony Sports Network and struggled to sit at his seat after watching the Indian men win their Olympics Bronze medal match. Meanwhile, The Indian Women’s Hockey Team will lock horns against Great Britain for the Bronze medal match on August 6. If the women's team win the medal, it would be the first one for them at the Olympics.

Could watch this @16Sreejesh save a million times on loop. Meant so much to us all 🇮🇳 https://t.co/KOoKqSXsyB