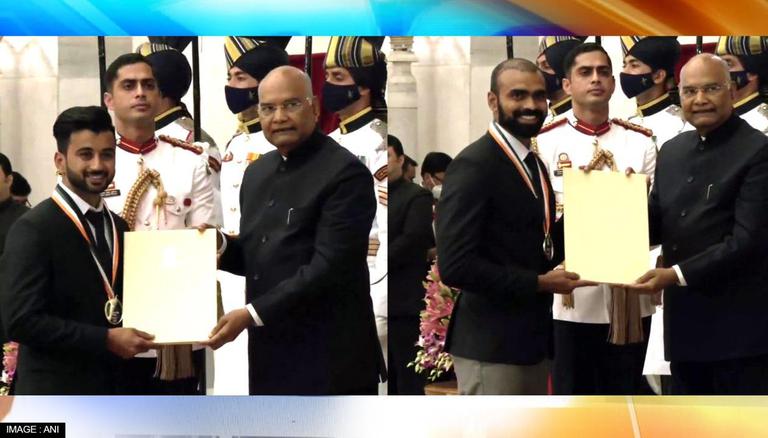 Sreejesh had an exceptional outing at the 2020 Summer Olympics in the Japanese capital city and was earlier awarded the Fédération Internationale de Hockey, commonly known by the acronym FIH, 'Goalkeeper of the Year award 2020-21' for its exploits protecting India's post leading to a Bronze medal. Manpreet Singh was the skipper of the men's hockey team which successfully India's 41-year drought to win an Olympic medal in field hockey.

Earlier, Hockey India President Gyanendro Ningombam had congratulated PR Sreejesh and Manpreet Singh for receiving Major Dhyan Chand Khel Ratna Award. "This is truly a historic moment for the sport as two stalwart players will be honoured with the Major Dhyan Chand Khel Ratna award. On behalf of Hockey India, I congratulate them and also wish them the best in their future endeavours as there is still lots to achieve for Indian hockey and they have been important members of the squad," he had said.