Drag-flicker Rupinder Pal Singh has said that he is 'motivated' after receiving a congratulatory letter after retirement from Prime Minister Narendra Modi. 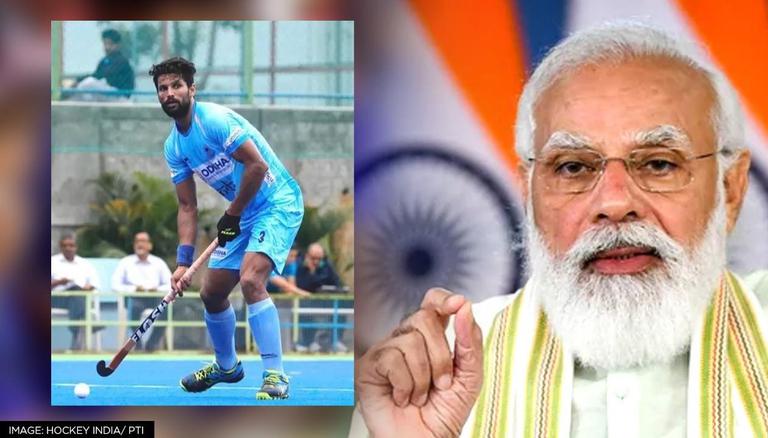 
PM Narendra Modi has come forward and congratulated Rupinder Pal Singh for his outstanding contribution to Indian hockey. The Indian Hockey stalwart, as well as the Tokyo Olympics 2020 bronze medalist, announced retirement from hockey at the age of 30 on September 30 in order to make way for the young talents to represent India. He has made 223 appearances for the reigning Olympic bronze medalists.

In a letter issued by PM Modi earlier this month, he congratulated the drag-flicker and thanked him for his stellar contributions to the Indian hockey team during his playing days. Prime Minister Narendra Modi also added that Rupinder Pal Singh was one of the key players in every tournament that India won including the 2010 Asian Men's Hockey Championships, Men's Hockey Asia Cup, Commonwealth Games, Hockey World League Finals, and more.

After reading the Prime Minister's congratulatory message, Rupinder Pal Singh took to the micro-blogging site and wrote that he was 'overwhelmed' to receive this letter from the honourable PM and then added that PM Narendra Modi's constant support to athletes has motivated them to do their best at Tokyo 2020.

"Sir, I am inspired by your passion for sport and pledge to continue my contribution to Indian sports", he added.

Overwhelmed to receive this letter from our Hon'ble PM @narendramodi ji. His constant support to athletes has motivated us to do our best at Tokyo2020. Sir, I am inspired by your passion for sport and pledge to continue my contribution to Indian sports. @PMOIndia @ianuragthakur pic.twitter.com/ZtPI7WRlv4

On the very same day, Rupinder Pal Singh's teammate as well as Olympic bronze medal winner Birendra Lakra had also decided to bid adieu to the sport. PM Modi had also sent a congratulatory message to Lakra as well, which was acknowledged by the star defender on his official Instagram account.

Hailing from Odisha, the 31-year-old represented India in Men’s Hockey during the 2012 London Olympics. In Tokyo Olympics, Lakra was selected as vice-captain of the Indian team that won the historic bronze medal. T Lakra has played 201 matches for India.