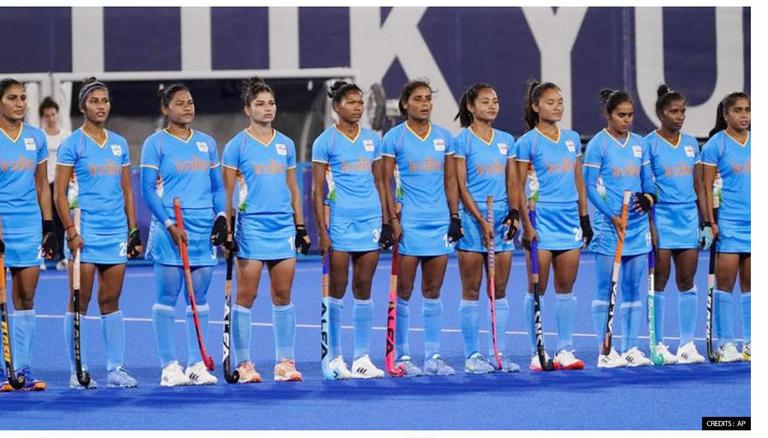 
The Indian women's hockey team got the better of South Africa with an impressive 4-3 win during their Tokyo Olympics 2020 group game on Saturday. This was India's final pool match and by the virtue of this win, they stay in contention for a quarterfinal berth.

It was India who drew first blood just before the fifth minute in the form of  Vandana Katariya. However, South Africa scored an equaliser just before the final minutes of the first quarter as Glasby succeeded in finding the back of the net.

India took the lead in the second quarter and it was Vandana Katariya once again who successfully converted t a penalty corner. The drama did not end here as the South African captain Erin Hunter earned a penalty corner and found the back of the net as both teams were tied at 2-2 at the end of half-time.

The drama unfolded yet again in the third quarter when Neha scored one as India once again took the lead in this crucial match-up. Marais Marizen prolonged India's happiness with an equaliser as the contest turned out to be a roller-coaster ride heading into the final quarter.

All three results were possible in the fourth and final quarter but, India could only settle for a win and ill-afford the other two scenarios i.e. a draw or a loss and that is exactly what happened as Vandana Katariya netted the third goal to not only complete a personal hat-trick but to also shift the momentum in India's favour.

From thereon, India ensured that there were no further hiccups until the final whistle was blown as they won their second match of the ongoing Tokyo Olympics 2020.

Tokyo Olympics 2020: Can India qualify for the knockouts?

While India did manage to win their final group match, they will now have to rely on the pool A match between Ireland and Great Britain later on Saturday. If Ireland win the match, then they will be through to the last-eight and any other scenarios will mean that it is India who are through to the quarterfinals.