Australia are still a "very good team in T20 international cricket" and will not carry the baggage of their loss against England, said Aaron Finch. 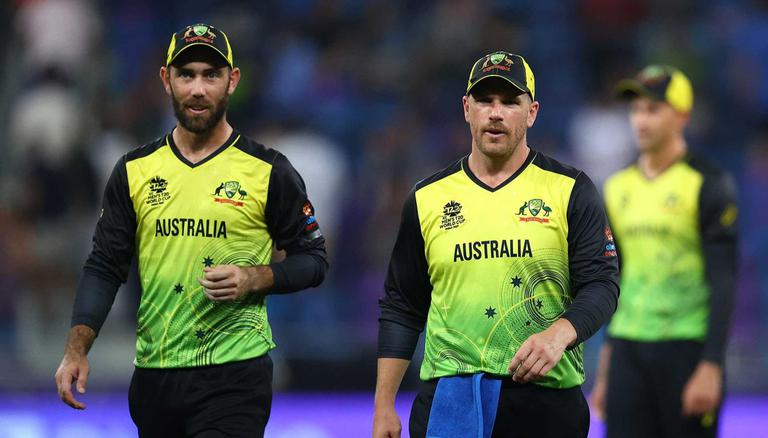 
Australia are still a "very good team in T20 international cricket" and will not carry the baggage of their loss against England in the upcoming T20 World Cup games, said skipper Aaron Finch.

England bundled out Australia for 125 and then returned to overhaul the target in 11.4 overs to record a dominating eight-wicket win.

They will next face Bangladesh and West Indies on November 4 and 6 respectively and Finch said they cannot afford any slip-ups in the last two Super 12 games.

"We've got a couple of days off to refresh and recharge. It was a quick turnaround from the Sri Lankan game to today. There's a lot of experience in the group. I'm not concerned about carrying baggage into a different game against a totally different opposition," Finch said at the post-match press conference on Saturday.

"They're definitely must-wins. I think the net run rate took a hammering tonight. Yeah, so we're going to have to be at our best again.

"Bangladesh are a very, very good side and so are the West Indies, a lot of firepower in their team, a lot of experience, so yeah, absolutely. It's must-win from now on, but we're looking forward to it."

Australia had defeated South Africa and Sri Lanka in the first two matches before losing to England.

"It wasn't too long ago that we were No. 1 in the world, so I still think that we're a very good team in T20 international cricket," said Finch.

"Everyone has got their own opinion, so that doesn't really matter. What matters is results. That's fine if you think that we're a really ordinary side, that's okay."

Finch admitted that his team was "blown away" by the ODI world champions England.

"It was just one of those nights where Davy got a decent one early, Smithy toe-ended one and Maxy missed a pickup off his pads which you'd generally expect him to hit," Finch said.

"That can happen in the powerplay when you're looking to be aggressive. Yeah, just blown away though."

"They completely dominated us from the start," said Finch, who top-scored with a 49-ball 44.

"Anytime that you go a handful down in the powerplay, and anytime we felt like we started to get a partnership, we just kept losing a wicket, and it just meant we had to try and sit in longer to hopefully get to a total of around 150 and see if that would be competitive. As it was, we probably needed a few more."

Explaining the rationale behind going with left-arm spinner Ashton Agar instead of Mitchell Marsh, Finch said: "Clearly when you go three down in the powerplay, it's not an ideal scenario when you go in with that structured team."

"The reason Agar was in there was we felt it was a really good matchup for England. His ability to bowl in the powerplay and through the middle overs in the past against England has been really good.

"We just thought that that was the way to go tonight. It was not a reflection on how Mitch has been going at all. It was purely just a matchup thing for this game. Yeah, it was unfortunate we didn't get the job done."