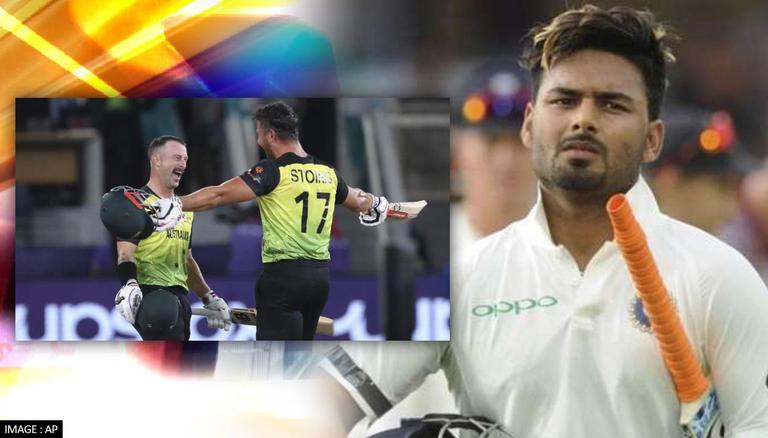 
Veteran wicket-keeper batter Matthew Wade turned out to be an unlikely hero for Australia as he led them to a five-wicket win with an over to spare against in-form Pakistan in the second semi-final of the ICC T20 World Cup 2021 at Dubai International Stadium on Thursday.

While Matthew Wade became an overnight sensation after successfully guiding the Aussies to their second T20 World Cup final, the stumper was in the news for all the wrong reasons almost a year ago when he had sledged his Indian counterpart, Rishabh Pant. So without further ado, let's find out what exactly had transpired between the two chirpy wicket-keepers.

Cricket Australia had posted a video from the second Test match that was played at the iconic Melbourne Cricket Ground. India who had suffered a humiliating defeat in the opening game at Adelaide staged a remarkable comeback in the Boxing Day Test match. However, it was Pant & Wade's hilarious banter that stood out the most during this epic Test match.

During the third day of the contest, Rishabh Pant, who is renowned for his antics from behind the stumps as he does everything he can to get under the skin of the batter. The 23-year old was at it once again as he was giggling and laughing whenever Wade played or missed the ball.

The act did not go down well with Wade and he decided to take matters into his own hands when he decided that enough was enough and hilariously gave Rishabh a taste of his own medicine.

Pant was surprisingly quiet as he didn't say anything to Wade but carried on with his antics.

Matthew Wade was not keeping wickets in the 2020-21 home Test series for Australia, as their red-ball captain Tim Paine was donning the gloves for them.

The scoreline read 1-1 heading into the third Test match at the Sydney Cricket Ground which ended in a stalemate before the Indian team led by Ajinkya Rahane clinched the series 2-1 by registering a famous win at the 'Gabba' thereby, breaching Australia's fortress ending their 32-year winning streak. The Indian team successfully retained the iconic Border-Gavaskar Trophy and also registered back-to-back Test series wins Down Under.