And a new sensation has come to light in the form of Scotland's finger spinner, Mark Watt, who has held an economy of just 5.12 in the six matches played. 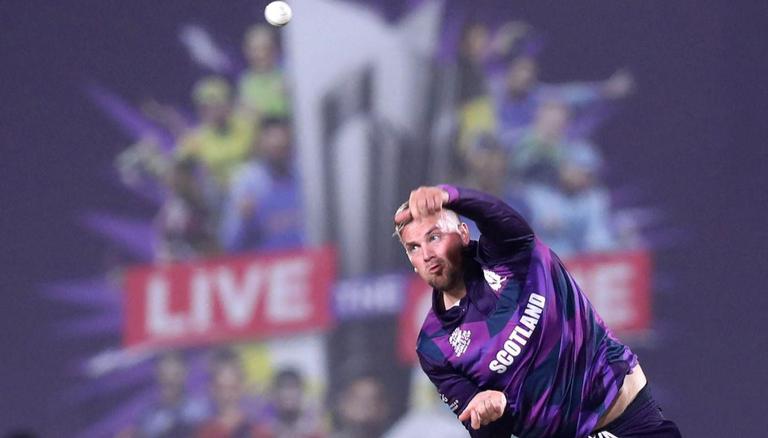 
World Cups and other international tournaments more often than not give the world new stars to talk about and the Indian Premier League teams to scout for new talent. And a new sensation has come to light in the form of Scotland's finger spinner, Mark Watt. The 25-year-old has been sensational at the T20 World Cup 2021 so far, holding an economy rate of just 5.12 in the six matches that he has bowled in. It is also fair to note that he has bowled his quota of all four overs in all of those six matches.

Watt has caught the eye of many cricketing fans across the world and many of them have asked for IPL teams to snag up the Scottish spinner in the upcoming mega auction. Any team would be lucky to have a bowler like Watt who can keep the pressure on the batsmen by not letting them score too many runs.

Mark Watt will be a really good option for some IPL teams in the Mega Auction.

Six games into the T20 World Cup, Mark Watt has still not conceded a-run-a-ball all tournament - even though he often bowls an over at the death.

1-13 against New Zealand is an outstanding return.

Watt will surely now get a county deal for next season, and perhaps other gigs

If Mark Watt does not get picked for a filthy figure in the IPL auctions, then I will boycott the next IPL.😂😂

At the T20 World Cup, he has consistently taken a wicket in each match and not gone higher than an economy of 5.75. Against New Zealand, he did superbly well and only conceded 13 runs at an economy rate of just 3.25 and also took the wicket of the dangerous Devon Conway.

Watt on his bowling style

READ | 'Give IPL contract to whoever wins it': Indian fans root for Scotland against NZ in T20 WC

"It might be a bit cheeky bowling from 25, 26 yards - but if it gets me a dot ball in T20 cricket, I'm going to try and keep doing it. Everyone in the nets tries to hit it to the moon so I was a bit scared bowling it in games but it seems to work: the batter is looking down at his toes, then looks up and the ball is halfway through its flight."