From IPL To World T20: The Incredible Turnaround Story Of David 'The Bear' Warner

Merely a couple of minutes into the post-match media interaction, Australia captain Aaron Finch was taken aback by the line of questioning around David Warner. 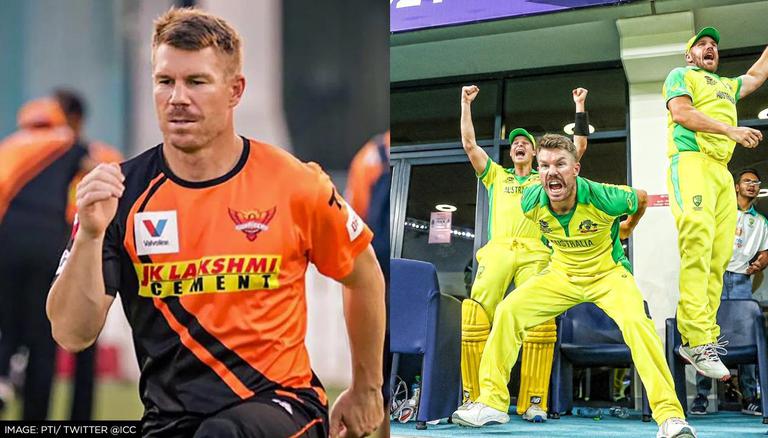 
Merely a couple of minutes into the post-match media interaction, Australia captain Aaron Finch was taken aback by the line of questioning around David Warner, his opening partner and most importantly, the chief architect of his team's maiden T20 World Cup win.

Finch had already answered what is considered in journalistic parlance, a "warm-up question" on the toss factor and he seemed ready for a question on 'Player of The Tournament' Warner, the comeback hero.

But what he wasn't perhaps ready for, was the manner in which the questions were articulated.

"I'm asking about David Warner. How did you back him? No one expected that he would be the Man of the Tournament," a scribe said, a remark that was as much a statement as a question.

"You didn't expect that? I certainly did," Finch had a wry smile as he retorted but it was his way of saying things as they were.

The questions couldn't be faulted, in the last two months, Warner's life has come full circle. The land of Emirates, which seemed like a living hell after he was left high and dry by his IPL franchise Sunrisers Hyderabad, suddenly became somewhere straight out of a fairytale on Sunday night when he walked up to the podium to receive his 'Player of the Tournament' medallion in the T20 World Cup.

It was an honour well deserved. He had amassed 289 runs, including a half-century in the high-pressure final, and the word "poetic justice" must have crossed his mind. While Justin Langer watched in appreciation when Warner sent the New Zealand bowlers on a leather hunt, his mind must have gone back to a conversation with Finch when the maverick opener was sidelined by the SunRisers Hyderabad coaching staff.

'Warner will be the man of the tournament': Finch to Langer

"Without a word of a lie, I promise you, I called Justin Langer a few months ago and said, 'Don't worry about Davey, he'll be Man of the Tournament'," Finch claimed later.

Finch didn't want to dwell on the IPL chapter as he wasn't actively a part of what Warner went through but as a sportsman, he fully understands what a 'Champions' Ego' means.

"...he's (Warner) a great player. He's one of the all-time great batters. And he's a fighter. He's someone who when his back is against the wall, that's when you get the very, very best of David Warner.

"It was a special finish to the tournament for him, the last couple of knocks," said Finch, who personally felt that Adam Zampa, for his brilliant control during middle overs, could also have been a contender.

One could understand the anger and hurt in wife Candice's cryptic tweet, "Out of Form, Too Old, Slow!." Those were some of the criticisms that were directed at Warner after a few below-par games. It wasn't the most easy two months for a man, who is considered a contemporary legend in white ball cricket and especially T20s where he has dominated the scene for years.

It was one bad leg in India and two bad games for SunRisers in the UAE that made some of the established names in world coaching write his epitaph. Sacking him from captaincy mid-season could still be justified because of the team's performance, but what many couldn't wrap their heads around was how the team management comprising Tom Moody, Trevor Bayliss and Muttiah Muralitharan messed up the entire Warner stint.

Before anyone raises a question, VVS Laxman, it could be said with a certain degree of certainty, never wanted the Aussie opener to be dropped from the playing XI. People, who know Warner very closely, said that even as he was coming to terms with being dropped from the team, Warner never knew that some people could "stoop to conquer".

Did the owners have a say in the treatment meted out to him? It can't be said with certainty but in the franchise universe, owners are always known to have a huge say unless it's Mahendra Singh Dhoni in Chennai Super Kings or Rohit Sharma in Mumbai Indians, who get a free hand in running the show.

One day, they stopped him from coming to the stadium and then he was asked to stay away from the dug-out.

During one of the last games played by SRH, Warner was seen clad in Orange waving the team flag in the stands. One of the sixes must have landed in that area on Sunday, a statement from the man, who was made to feel incompetent only a few months back.

Apparently things came to such a pass, that Warner's request of carrying drinks and interacting with juniors during strategic time-outs was allegedly turned down.

But then he is the sort of giant, who has seen and endured the worse during the ball-tampering saga when he didn't play cricket for a year.

From here, the journey of bouncing back started as he doubled his training time. He would hit the nets, take extra throw-downs, and shadow bat in his hotel room. For players of this calibre, all they need is that one hit to have assurance written all over it.

"I always felt good, for me it was about going back to basics, getting on some hard, synthetic wickets in order to hit volumes of balls," Warner said after the final on Sunday night.

"These are a great bunch of guys, great support staff, and great support around the world, especially back home. Always pumped, wanted to put on a spectacle. There were some nerves around as always in a final but great to see the guys deliver." The focus will now shift to the Ashes and with his nemesis Stuart Broad watching the proceedings from his Nottingham residence, it will be Warner's turn to ask some probing questions to England's pace attack and definitely, he would.

As far as IPL is concerned, his fans, whom he entertained with those Allu Arjun dance numbers during the first lockdown, needn't worry. Whether old or new, he would be a part of a franchise during the mega auctions or even before that as a draft pick.

And against SunRisers Hyderabad, he will have a special battle to fight and the man from Sydney's suburban Paddington town does love a good scrap.