The incident occurred during the eighth over of the second innings. The delivery was bowled by veteran Pakistan all-rounder Mohammad Hafeez. 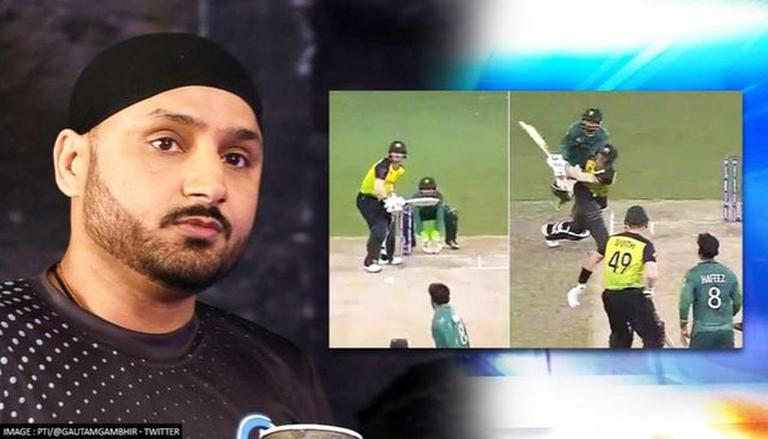 
Australian batter David Warner played a mind-boggling shot on Thursday off Pakistan bowler Mohammad Hafeez's delivery. The ball bounced twice before Warner proceeded to smash it for a massive six. Former India cricketer Harbhajan Singh has now come out in support of Hafeez, saying Warner should have never played that shot as it doesn't convey a good message. Speaking on his official YouTube channel, the former India spinner admitted that Warner was well within his right to play that shot but added that "it shouldn't have happened".

"Although Warner was well within his right to play the shot, I believe it shouldn't have happened. There have been many instances in the past where the batters have refrained from hitting shots if the ball slips out of a bowler's hand. Even we have got similar opportunities in the past but we never tried to hit the delivery because it doesn't look good. It doesn't convey a good message. Warner shouldn't have played that shot as I feel it was not the right thing to do," Harbhajan said in his YouTube video.

The incident occurred during the eighth over of the second innings. The delivery was bowled by veteran Pakistan all-rounder Mohammad Hafeez. The ball seemingly slipped from Mohammad Hafeez's hands and it bounced twice. However, an in-form David Warner ensured that he did not let this opportunity pass by as he advanced down the wicket and smashed it over the mid-wicket region for six. Not only did Pakistan concede six runs without a ball being bowled but the on-field umpire also ended up signalling it a no-ball and a free-hit much to the disbelief of a shell-shocked Hafeez.

Earlier in the game, Pakistan had put Australia under massive pressure by dismissing Aaron Finch in the first over. Australia then bounced back strongly as Warner forged a crucial partnership with Mitchell Marsh. Warner was eventually dismissed by Shadab Khan off a delivery that was caught behind the stumps by Mohammad Rizwan. However, replays showed that Warner had not knicked the ball and he was safe to stay at the crease. But the Australian batter had already walked off the field without taking a review.

Batting first, Pakistan had scored 176/4 in 20 overs courtesy of some batting masterclass by Mohammad Rizwan and Fakhar Zaman. Australia chased down the target of 177 runs in 19 overs as Marcus Stoinis and Matthew Wade put up a match-saving partnership of 81 runs. Australia won the game by 5 wickets with 6 balls remaining to advance to the final of the ICC T20 World Cup in the UAE. The Kangaroos will now play New Zealand in the final on 14 November.