'Ishan Kishan Was The Choice': Rathour Explains Why Rohit Sharma Was Demoted Against NZ

Coach Vikram Rathour has expressed his thoughts on the demotion of Rohit Sharma in the batting order during India vs New Zealand, ICC T20 World Cup 2021 match. 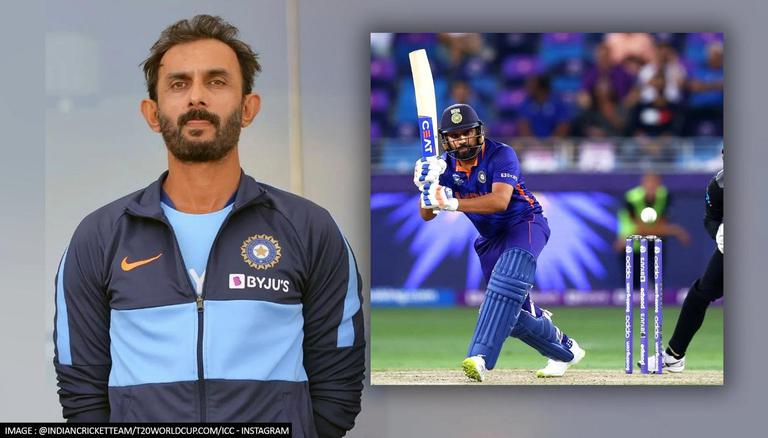 
Team India’s batting coach Vikram Rathour has spoken about Rohit Sharma’s batting position during India vs New Zealand, Super-12 stage match of the ICC Men’s T20 World Cup 2021. Rohit Sharma, who usually opens the batting for India in all formats, came out to bat at no. 3 for India during the clash with New Zealand on October 31. He was demoted to let Ishan Kishan open the innings alongside KL Rahul, however, Ishan returned after scoring only four runs and Rohit scored a run-a-ball 14 runs. India suffered a batting collapse during the match as New Zealand ended up winning the match.

Meanwhile, during the press conference ahead of India’s next clash with Afghanistan on November 3, the batting coach was asked about the decision of Rohit coming in to bat at no.3 and who initiated the idea of Ishan Kishan opening the innings. While replying to the question, Rathour explained that as Suryakumar Yadav complained of back spasms, which made him unfit to play, Ishan came in as his replacement, who has done really well as an opener in the past while playing in the IPL or for team India.

As mentioned on the official website of the T20 World Cup, while speaking more about the decision, Rathour added, “About who took that call, I think it's the whole management who sits together and takes the call. And of course, Rohit is part of that group. So he was part of that group and that discussion. And it was discussed, which tactically it made sense having an attack approach. And we didn't want too many left-handers in the left middle order with Ishan and (indiscernible) protecting. It made sense. And that guy has batted at the top of the order. That is why the decision was made”.

Rathour also spoke about the team’s dipping batting performance in the past games by saying that while batting on the pitches of UAE, there is variation in pace and bounce, even though it doesn’t look very uneven. He also admitted that the batters were not able to execute the big shots and were unable to hit big knocks while trying to bat. However, despite the upsets in the first two matches of the Super-12 stage, team India will look to make a comeback in the clash against Afghanistan and earn their first victory of the tournament. The India vs Afghanistan match is scheduled to be played on November 3 at the Sheikh Zayed Stadium in UAE.