Former cricketer Kris Srikkanth has backed Indian players after they were handed a humiliating defeat in their second ICC T20 World Cup game on Sunday. 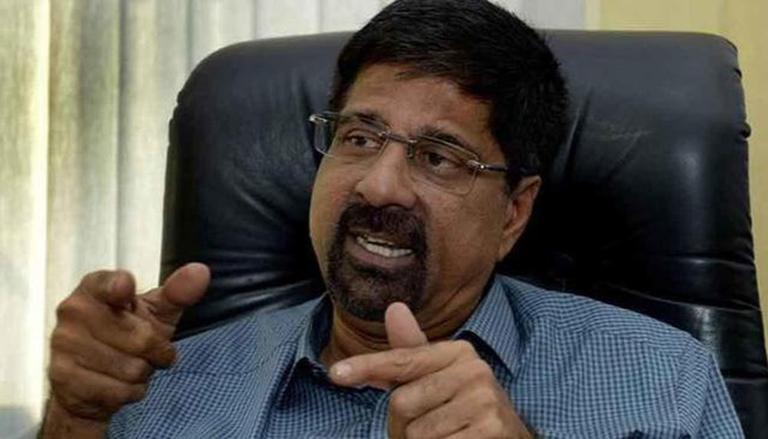 
Former cricketer Kris Srikkanth has backed Indian players after they were handed a humiliating defeat in their second ICC T20 World Cup game on Sunday. India lost to New Zealand by 8 wickets with 33 balls remaining. After the game, Srikkanth turned to social media to extend support to the players and said that it's high time the Board of Control for Cricket in India (BCCI) to look into their scheduling because, according to him, it's taking a great toll on players' mental health. Srikkanth said mental fatigue is real and the BCCI must take steps to ensure the good health of all their players.

"I back the Indian players and it's high time we take care of them!" Srikkanth wrote on Twitter.

Indian players have come into the marquee ICC event on the back of a hectic international and IPL schedule. Almost every player in India's T20 World Cup squad was playing in the IPL up until October 15, 10 days before the Men in Blue played their first game against Pakistan. Meanwhile, several overseas players withdrew from the second leg of the IPL in order to remain fresh before the World Cup. Here's what Srikkanth said after India lost to New Zealand.

India suffered yet another meltdown as New Zealand reduced the Men in Blue to a low total of 110/7 in 20 overs. India, for the first time in T20 internationals, opened with Ishan Kishan and KL Rahul, who scored just 22 runs between them. Kishan and Rahul were dismissed by Trent Boult and Tim Southee for 4 and 18 runs, respectively. Rohit Sharma, who came in at No. 3 to bat, scored 14 off 14 balls before being dismissed off Ish Sodhi's bowling. Rohit was gifted a second chance right after he came to the crease. He was dropped by Adam Milne.

Sodhi dismissed Virat Kohli for 9 runs off 17 balls in his next over. Rishabh Pant was clean bowled for 12 off 19 balls by Adam Milne, who took his first wicket in the match. Boult took two more wickets in the same over, dismissing Hardik Pandya and Shardul Thakur for 23 and 0 runs, respectively. Ravindra Jadeja hit 26 runs off 19 balls near the end of the innings, but it wasn't enough to help India achieve a defendable total. Boult finished with a figure of 3/20 in 4 overs.

Meanwhile, New Zealand chased down the target with ease courtesy of some brilliant batting by Daryl Mitchell, who scored 49 off 35 balls. India picked just 2 wickets in the game when Jasprit Bumrah dismissed Martin Guptill for 20 off 17 balls and then removed Mitchell in the 13th over. New Zealand skipper Kane Williams, on the other hand, played a captain's inning to ensure his side crosses the finish line without the fall of any more wickets. Williamson scored an unbeaten 33 off 31 balls. Ish Sodhi was adjudged the player of the match for picking 2/17 in 4 overs.