Australian allrounder Mitch Marsh has revealed the conversation he had with Australian selectors before playing in the ICC Men's T20 World Cup 2021. 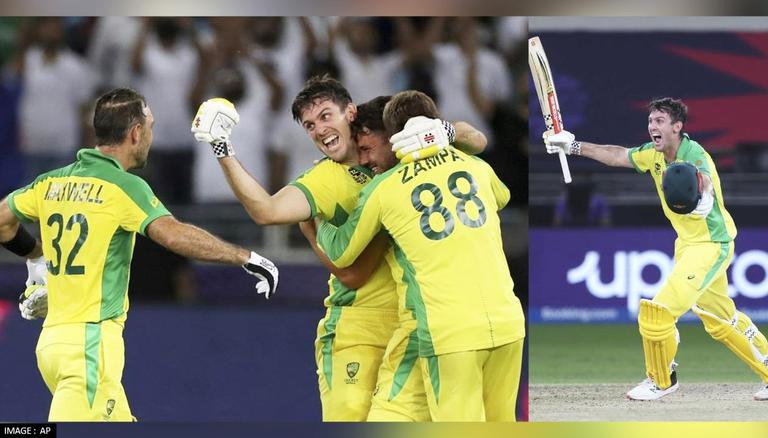 
Big-hitting all-rounder and Australian cricket's man of the moment Mitchell Marsh thanked the country's selectors for giving him an "amazing six weeks" at the T20 World Cup by promoting him to the top-order.

Often criticised throughout his injury-plagued career for not living up to his immense talent, Mitch Marsh on Sunday hogged the limelight with an unbeaten 50-ball inning which steered Australia to an eight-wicket win over New Zealand in the finals. It was Australia's first T20 World Cup title.

'Love playing my role for this team': Mitch Marsh

The 31-year-old Mitch Marsh, who scored 185 runs at an average of over 61 in six matches, said it was the selectors' decision to put him at number 3 in the batting order that paid off in the end.

"The coaching staff came up to me in the West Indies about six months ago and said I was going to bat three for this tournament and series – and I absolutely jumped at the idea of that," Marsh said during the post-match interview.

"I'd done a little bit for the (Perth) Scorchers back home, but I've obviously got all the staff and everyone involved In the Australian setup (to thank) for backing me and getting me up the top there. I just love playing my role for this team. I feel like a lot of people say this, but I don't really have words right now. What an amazing six weeks with this group of men – I absolutely love them to death and we're world champions," Mitch Marsh added.

Coming to the crease after the fall of his captain Aaron Finch in the third over, Marsh added 92 with David Warner (53) and shared an unbeaten 66 off 39 balls with Glenn Maxwell (28) as Australia chased down a target of 173 with seven balls to spare.

Marsh said it wasn't a well-thought-out inning and he just looked to make his presence felt in the final.

"I'll be honest with you, there wasn't a whole lot of thinking that goes into that," he said.

"I just wanted to get out there and have a presence. Marcus Stoinis always talks to me about having a presence and getting in the contest. That allows me to go out there and play my game – I can't believe it and it's unbelievable," he added.