Netherlands Player Has Unique Request For IPL Rule-makers; 'long Shot But A Guy Can Dream'

Dutch batter Max O'Dowd has come up with a unique request for IPL rule-makers; to have two dedicated overseas spots for associate players. 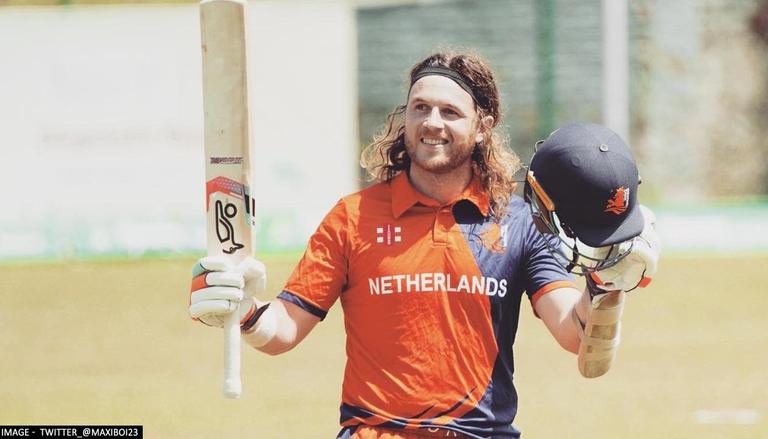 
Dutch batter Max O'Dowd has come up with a unique request for IPL rule-makers; to have two dedicated overseas spots for associate players. This request comes into after two new IPL teams were added to the cash-rich league, with many suggesting an increase in the number of overseas players in the squad.

Taking to Twitter, the Netherlands cricketer wrote, "Thoughts on teams in the IPL having two spots for associate players? Long shot but a guy can dream #IPL2022". While it is highly unlike that such a rule will be brought in, the idea does help the Associate Nations grow by allowing them to learn and train from the best.

Thoughts on teams in the IPL having two spots for associate players? Long shot but a guy can dream 😂 #IPL2022

The IPL is one of the biggest learning platforms, and it would be a great idea to implement that franchises have to pick at least one overseas player from the associate nations in the IPL 2022.

In the past, however, there have been instances of players from associate nations playing in the IPL, with one player from Netherlands cricket having represented an IPL franchise. Ryan Ten Doeschate who played for the Netherlands and was signed by the Kolkata Knight Riders in 2011 and stayed there until 2015 winning the IPL twice.

Associate players to have played in the Indian Premier League

Ryan Ten Doeschate is not the only player from an associate nation to be played in the IPL. Nepal's Sandeep Lamichhane represented the Delhi Capitals while UAE's Chirag Suri represented the Gujarat Lions. USA's Ali Khan too was selected by the Kolkata franchise to play in but due to an injury could not take the field. The most recent player from the associate nations was Singaporean Timothy Hays David (Tim David) who turned out for the Royal Challengers Bangalore during the 2nd leg of the Indian Premier League.

While there is no official confirmation on the retentions, squad size and the maximum number of overseas players, it will be interesting to wait and watch if the BCCI and IPL Governing Council does come up with some rules to increase the selection and participation of players from associate countries.

WE RECOMMEND
IPL 2022 Format Explained: Here's how the league may operate with 10 teams
Manchester United owners likely to bid for new IPL 2022 teams: Report
IPL 2021 Final, CSK vs KKR: Will Suresh Raina play in CSK's quest for 4th IPL title?
IPL 2022 Mega Auctions: How will inclusion of two new teams affect process?
IPL Mega Auction: Which teams were sold in the 2008 inaugural edition and at what prices?
Listen to the latest songs, only on JioSaavn.com