Master Blaster Sachin Tendulkar has explained why Aus opener David Warner did not review his caught-behind dismissal against Pakistan in the T20 WC semi-final. 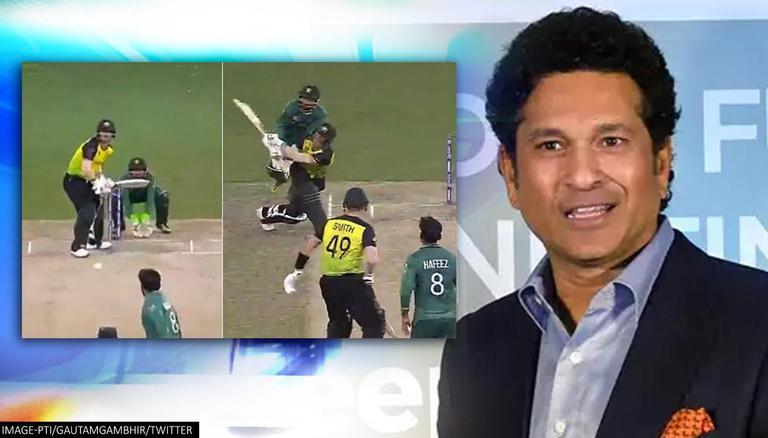 
Cricket legend Sachin Tendulkar has explained why Australian opener David Warner did not review his dismissal during the ICC T20 World Cup 2021 semi-final against Pakistan that was played at Dubai International Stadium on Thursday.

David Warner scored a quickfire 30-ball 49 before heading back to the pavilion after being caught behind by Mohammad Rizwan off leggie Shadab Khan. The Men In Green did heave a sigh of relief after having seen the back of Warner. Nonetheless, the Ultra-Edge showed that he had not even nicked the ball and walked back just one run short of what would have been a magnificent half-century.

"His dismissal was a bit surprising. Everyone had appealed and even the umpire gave it out as well. Sometimes, the batsmen are not aware when they end up nicking the ball, sometimes when they don't nick, the batsmen start walking after looking at the opposition players' reactions and that was the case with Warner because when we saw the action replay later, it was surprising", said Sachin Tendulkar while answering a fan's question during his interaction on his cricket app 100MB.

At one point in time, it did appear that Warner's hasty act could end up costing the Aussies a place in the final but wicket-keeper batter Matthew Wade ensured that Finch & Co. lived to fight another day when he struck star pacer Shaheen Afridi for a hat-trick of sixes as the Australians snatched victory from the jaws of defeat.

The pulsating Pakistan vs Australia knockout clash saw the Aaron Finch-led side's hopes hanging in the balance in the middle and death overs when they lost the big wicket of power-hitter Glenn Maxwell in the 13th over even before reaching the 100-run mark.

With the asking rate getting steeper and  Australia's final hopes looking seemingly impossible, the middle-order duo of Marcus Stoinis and Matthew Wade took the onus of going after the lethal Pakistani pace attack who have been outstanding throughout the competition. Stoinis scored an impactful 31-ball unbeaten 40 but it was Wade's whirlwind knock that proved to be the decisive factor.

The southpaw showcased a clinical batting performance at the death overs but, it was his acceleration in the penultimate over that mattered the most. With 22 runs needed from the last two overs, Pakistan skipper Babar Azam handed over the ball to his most trusted bowler Shaheen Afridi.

Afridi, who had accounted for arch-rivals India's Top-3 failed to deliver on this occasion as Matthew Wade clobbered him for a hat-trick of sixes as the 2010 finalists snapped the Men In Green's undefeated streak in the tournament.