New Zealand and Australia are all set to lock horns in the final of the ICC T20 World Cup on November 14. The match is scheduled to begin at 7:30 pm IST. 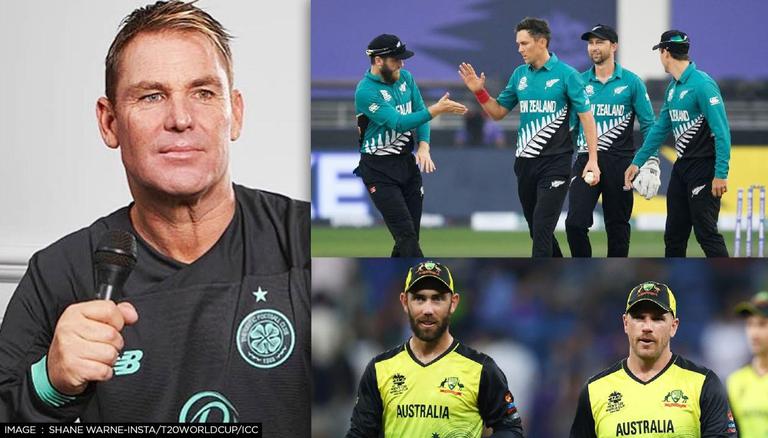 
Former Australian spinner Shane Warne has revealed the name of the team he is backing to win the ICC T20 World Cup in the UAE on Sunday. Warne turned to social media platform Twitter, where he picked Australia as favourites to lift their first-ever World T20 title. The legendary cricketer believes that Australia will have the upper hand over New Zealand in regards to the momentum they might have gained after the thrilling finish against Pakistan in the semi-final. Here's what Shane Warne said ahead of the Trans-Tasman clash.

#ICCT20WorldCup2021 final tmrw ! Who’s winning ? Make sure you check out @Dafabet for all the latest odds and in play too ! Go the Aussies hahaah. pic.twitter.com/bcAxcXy5J0

New Zealand and Australia are all set to lock horns in the final of the ICC T20 World Cup on November 14. The match is scheduled to begin at 7:30 pm IST and will take place at Dubai International Stadium in the UAE. Both Australia and New Zealand will come into the final on the back of just one defeat, which they suffered in their respective group stage games earlier in the competition. While New Zealand beat England, the topper of Group 1, to reach the final, Australia defeated Pakistan, the unbeaten side of Group 2, to advance to the ultimate stage of the tournament.

In terms of the head-to-head record, Australia is slightly ahead of New Zealand with 9 wins in 14 T20 internationals played between the two sides. New Zealand have won only five of those 14 matches. While in Asia, the two sides have met just once, which came during the 2016 T20 World Cup, where New Zealand beat Australia by 8 wickets. The last time Australia and New Zealand played a T20 series was back in February when the Kangaroos toured the island nation with a second-string side. New Zealand had won the series 3-2.